Freedom of the Press, How Do I Love Thee? 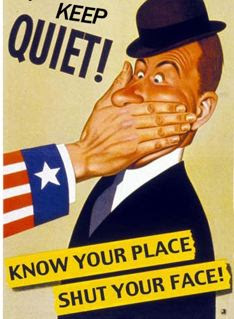 Let me count the ways...
The North Shore News, Georgia Straight, Victoria Street News, Island Tides, and several other weekly and monthly presses. But I don't love the Canadian daily news. Their owners and editorialists are philosophically embedded deep in the heart of Texas, far away from the needs of the Canadian people.
Privatize, privatize, privatize, that is their US and Canadian mantra. Hoping to suck up as much public money for private partnership ventures as possible. But the irony is that it is only a free press and the electronic media that can stand between us and them. It is the Internet that is stepping up to the plate, with local websites such as the Tyee, and other international ones. Citizens are increasingly looking there for clues as to what is actually happening in the world. And in spite of having to shovel back tons of implicit sex talk and images on the Internet, that men can't seem to get enough of (whenever large electronic systems, such as banking systems, crash I always suspect that some new sex toy or sex video has hit the market), the hard news (pardon the expression) still has a way of filtering through. When Campbell suggests that BC women and children should take to the woods with guns to try to kill what's left of our wild animals, because the men seem to be losing their appetite for it, we can turn to Google for a reality check. Are there any precedents that teaching children to kill animals for fun is a good thing? What percentage of mothers agree with this?
And when Mr. Falcon, Minister of Transportation suggests we should adopt China's methods of dealing with environmental protesters, that is, to simply move protesters out of the way, without any pretense of due legal process, Mr. Falcon is upping the bar for the Campbell government's contempt for citizens and the environment. And while the China policy may seem like a good method to Mr. Falcon for nullifying protesters, I wonder if Mr. Falcon would agree with the China policy of dealing with public officials who tell blatant lies to their people, or steal, or accept bribes.
These Chinese public officials are simply executed. If we suddenly adopted that same China policy in BC today, I wonder how many of Mr. Campbell's cabinet and ministers and officials would be left standing tomorrow. There might be a rash of openings to be filled. But whatever, at least we are not Mexico, where the drug lords have begun to kill reporters. Not yet anyways. But if we don't protect freedom of speech, and freedom of the press, with all our might, we will lose them entirely. And we won't like what takes their place. Not one bit.
Betty's Books: http://www.booksofbettyk.com/
For more information contact
Monika Sheardown
direct: 604.733.4884 cel: 778.865.0664
monika@greendreams.com
www.greendreams.com
Note to the media: Telephone interviews with Betty from Jail:
Please send your telephone number to monika@greendreams.com,
and she will do her best to accomodate you.
HELP FREE BETTY!
Betty is facing costs of around 20K(!) for the transcrips for her appeal alone. The court system seems to favour the possibility of appealing to the rich. Proceeds from the sale of these T-shirts will go to Betty's expenses in her fight for justice.
See a previous posting to this blog for details on how to order yours !
Posted by Betty Krawczyk at 8:09 PM 1 comment:

Prison is making me an addict.

A TV addict.
At home, I don't even have a TV. I get the news from other sources. But here, it's TV news or nothing. That would be OK, for the short haul, which is turning into a long haul, since the chief justice denied my release pending appeal, except for the commercials. The TV ads are definitely messing with my head.
A few are funny. Like the boss lady who gets fouled by a faulty mute button. You know the one. Or ads that would be funny if they weren't so sick. Like the Weyerhauser ads using a cut-out tree (inadvertently symbolizing a clear-cut forest) to persuade us that a dead forest is better than a live one. Or, the automobile ads, selling powerful engines to propel reckless young men though our city streets like deadly missiles. The ads for male erectile disfunction simply mistify me. It seems that a whole new language has been invented by men, to keep women in the dark about this problem. The question I have... Wouldn't women be the first to know of a problem?
The ads that really grab my attention are the ones for items not sold in stores. My first downfall was for a book. One that promised secret health remedies. As Telus prohibits prisoners from toll free calls, I contacted my youngest daughter. It didn't occur to me that her masters degree in communication would present a problem. And it didn't at first. She readily ordered the book. But the next time I called, for a food chopper, she hesitated. She suggested that perhaps I should wait until I was released to go shopping. "This chopper isn't sold in stores", I insisted, "and it chops whole onions and potatoes in one swoop." She reminded me that everything looks easier and smoother on TV. At this point it occurred to me that I might have to switch to another daughter for future orders. Unfortunately, when the really neat wall lamp that ran on batteries came to my attention, the other daughters were working or out of town. I instructed the now frankly disapproving daughter to order several of them.
"Mom, stop it!" she demanded. "You hate TV, remember?"
"That's when I'm not in prison," I answered stubbornly.
"But don't you see,"my daughter persisted, "you're being persuaded by a television ad to want something you didn't even know existed."
"But I know now," I snapped, "and I want them."
She sighed heavily.
"Alright, I'll order the bloody things."
But I felt kind of deflated when I hung up, and couldn't help thinking, maybe I'm doubly imprisoned when I turn on the TV. A kind of prison within a prison, so to speak. I have to think about this.
Betty Krawczyk
Books: http://www.booksofbettyk.com/
For more information contact
Monika Sheardown
monika@greendreams.com
direct: 604.733.4884 cel: 778.865.0664
http://www.greendreams.com/
Note to the media: Telephone interviews with Betty:
Please send your telephone number with the date and time you'd like to speak with Betty. She will do her best to accomodate you.
Posted by Betty Krawczyk at 11:01 AM No comments: