Our very own four Stooges 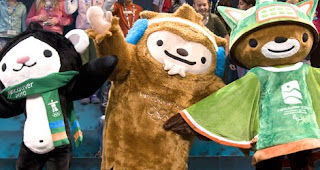 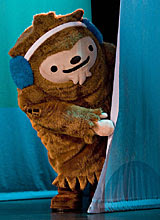 Wonder why Stephen Harper seems joined at the hip to Israel? There are several reasons, but in my opinion the main one is religious. Which may sound strange as Harper is not of the Jewish faith. However Mr. Harper is a man of faith. He is an Evangelical Christian of the fundamentalist variety who literally believes the Bible prophesy predicting Armageddon. In her new book “The Armageddon Factor” by Marci McDonald, Ms McDonald describes how The Battle of Armageddon is described in the Bible (Revelations) as the final battle on earth between “good” and “evil.” The righteous is predicted to win, of course, even though the earth will be destroyed. But shortly before the final destruction the “rapture” will begin with Jesus Christ descending once again to earth. But none of this can come to pass, according to Biblical prophesy, until the Jews have gathered and have complete control over Jerusalem and environs. Harper is a quiet, literal believer in this biblical prophecy and is mindful of Genesis 12.3 “He who blesses Israel will be blessed, and He who curses Israel will be cursed”.
Sounds weird? Yes, because it is weird. We have a prime minister who most people don’t even realize is a fundamental evangelical Christian and that his religious beliefs are affecting Canadian policy in profound ways. Look at Stephen Harper’s record on women’s rights, environmental destruction, global warming, freedom of speech, drastic downsizing of funds for the public while handouts to private wealth goes on unabated and the slashing of democratic procedures in general that are making us look like smucks internationally. It is Mr. Harper’s private religious beliefs that are guiding public policies both at home and abroad. This is why Mr. Harper has not strongly condemned, or condemned at all, Israel’s deadly attack on foreign nationals in international waters.
The other three party leaders? Why are they are afraid to move on the matter? Fear of saying the wrong thing? Of alienating Canada’s Jewish population? But by not voicing disapproval of Israel’s actions are they alienating the Muslims? These three are paralyzed. None of them (Liberal, NDP, Green Party) are strong enough to actually voice disapproval of Israel. Is it possible they don’t know that it is wrong for Israel to attack unarmed foreign nationals in international waters? What is wrong with these three? Has the possibility of losing votes so paralyzed their consciences’ they truly don’t know right from wrong when it jumps up and hollers in their faces? So we have a fundamentalist Evangelical Christian at the helm who is rooting for the Armageddon and three wanabees in the wings who are afraid to voice disapproval. God and Goddess help Canada. She is going to need all the help she can get from her people as her leaders are without sense or moral compass.
Posted by Betty Krawczyk at 9:26 PM 3 comments: