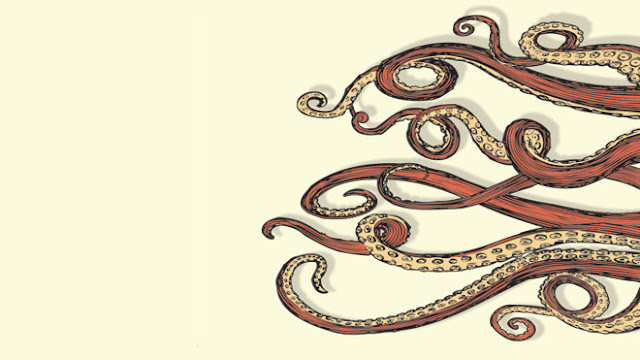 Surviving the pandemic on so many different fronts is uppermost in your mind. I hear you. The odds are you haven’t paid much attention to the regular meetings the moneyed elites have in places like Davos, Switzerland and other exotic and excursive places where go knowing they won’t be bothered by any real investigative journalists. But if you have heard something of these elite meetings of the 1% (of the 1%) they will probably have been described as the super elites of the western world getting together to see how they can fix world problems. They think only they can do this. After all, they are the world’s richest so therefor they must be the world’s smartest. The real problem is they have already fixed it (world problems); for themselves. When they meet it is usually to discuss how they can tighten the screws on the working class.

They have fixed it so almost anybody can get a credit card, buy a car or even a house, with very low interest (although Canada’s banks have recently tightened up on getting a mortgage). Use that credit card, keep the economy going, we are ever so slyly urged. Even if young people can’t find a job after graduation, or does find one but gets laid off due to the pandemic, or can only find one that pays peanuts and are stuck with student debt and perhaps no food in the fancy little cupboard in the cool new condo that will soon be repossessed. And when they discover the reality of 17 per cent compound interest on unpaid credit cards, those students with massive student loan debt cannot even declare bankruptcy.

How is it that the richest corporations in Canada and the US can declare bankruptcy while at the same time sucking up unthinkable amounts of fed money and also being protected from creditors and continue to operate while a poor student cannot? And why is it that while the money of the financial elites keep multiplying out of sight while the amounts of money allowed for working class wages amounts to bugger-all? What the elites have decided is that it isn’t enough to have bail-outs when banks are threatened with insolvency (the bail-out is a situation where the federal government pays to keep the banks from going bankrupt, which means the public pays) but have recently also made plans for “bail-ins”.

I wrote a bit about bail-ins in my last posting but from some comments I received this needs a lot more explaining. While a bail-out is horrible, as we are still suffering from the economic effects of the 2008 bail-out, a “bail-in” will allow the banking system to drain every last dollar they can from the bottomed out working class. I will describe this new move that the vampire squids have in store for us. More details on this next time.

Posted by Betty Krawczyk at 1:02 PM No comments:

Ever hear of a bank bail-in? You will soon. 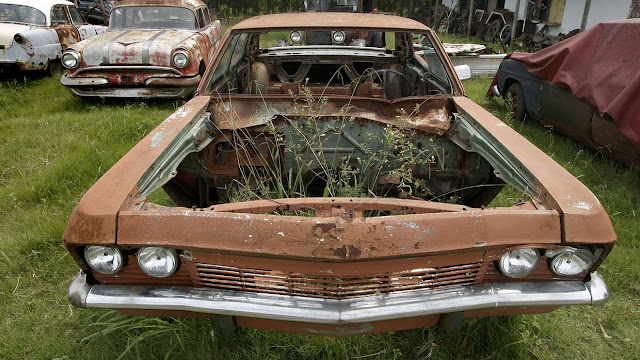 Of course we have all heard of bank bail-outs. That was before Covid-19. The bank bail-outs happened back in 2008-09 when the US decided not to let any bank of note fail, even though the failures were due to the deliberate cunning and culture of greed emanating from the sewers of the private banks with their junk bonds and increasing mountains of risk induced debt. The ruinous banks must be saved and that’s when the printing presses started churning. The elites swore on a stack of bibles and their mother’s last breath that if they didn’t, the earth would split open and we would all immediately descend straight into the depths of hell. And not just the US and Canada, but the entire world. Well, nobody wanted that, right? And nobody, at least the banking and corporate elites, the only ones who seemed to be voting on the matter, seemed interested in the karma of suffering from their own greedy, stupid actions. No, the people must pay for it. And every US and Canadian citizen who is not part of the top elite class will pay the price through inflation that will eat up any personal savings and make the price of groceries highly unstable.

While the Trudeau government has been more hands-on with giving money straight to the people who need it instead of going through the banks to skim off the top, we are still at the mercy of the Canadian government following the US in one extremely worrisome development...the Canadian government has planned for what they might consider “necessary” if things get too tough. They have planned not for bail-outs, but for bail-ins. A bail-in is where the bank can confiscate part of the money in your bank account without asking you. Yep. They will just take it. Steal it. It’s happened before. In Cypress. Can’t happen here? A similar plan was included in 2013 under the Harper government’s budget for the year.

In July 2014 CBC reported that Moody’s had downgraded Canada’s credit rating from stable to negative. Moody’s cited concerns are over Canada’s plans to implement a “bail-in” system in the event of a bank failure. And what is Canada’s bond rating now? In 2020? It’s gone from bad to worse. Its bond rating is now listed at Ba3/BB. These ratings are used by Moody’s, S&P, and Fitch to define countries who's debt instruments are generally considered speculative in nature (generally a bond) or the issuer of the credit (i.e. company or business that are below investment grade" (i.e. “junk” bonds). That’s right. Now when Canada sells, or tries to sell it’s bonds with no gold in the treasury and with mountains of private and federal debt, so that they are designated “junk bonds. Next time.

Posted by Betty Krawczyk at 7:51 AM No comments:

Canada is a gold mine 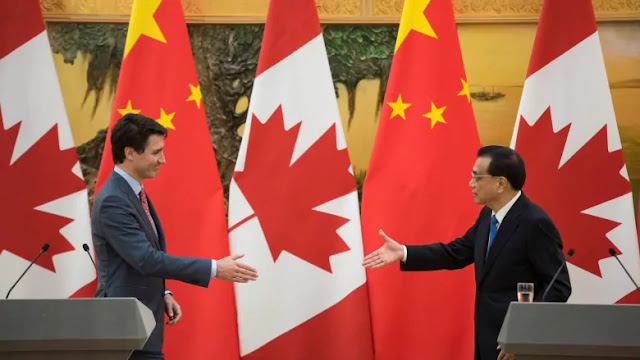 Canada is a gold mine

COVID-19 is proving to be more resilient than we hoped for, and as a result we see many countries entering into recession.  And because holding gold in reserve is so important for countries during recessions, it is even more disturbing that the Trudeau government has not only sold off the last of the Canadian gold reserves, they are also allowing the selling off of Canadian-owned gold mines.

Reuters (Dec 22, 2019) reported that the Zigin Mining Group, one of China’s biggest gold miners, has entered into an agreement to buy Canadian miner Continental Gold Incorporated for 1.33 billon, saying the purchase would increase its gold reserves and boost cash flow as well as profits. Who is this “it”? This is very good for China, but what does it accrue to the Canadian public? Nothing, nada. No jobs. No income or taxes for Canadians in general, and further because this gold mine is in Columbia. The Canadian company “has suffered its share of security problems. Four employees were killed in a single month last year, one near Buritica and the others at a different exploration site”. Security problems? What does that mean exactly? Does it mean that employees were killed for trying to steal gold? Or that the Indigenous people were protesting? We don’t know what the actual situation is. But anyway let’s hope that China will take of the security problems as it has had so much experience with security problems of its own.

And closer to home there’s another Canadian gold mine poised to be sold. The headline of Nunavut News (May 21st, 2020) is “Chinese ownership of Nunavut’s resources stokes unease”. If this goes through, the Chinese have will have ownership rights on Canadian soil. I am not trying to bash China. It’s doing what it thinks is in the best interest of its country and people, and buying up gold and gold mines makes good sense. But not Canada. While Canada’s done so well with the health of its citizens during COVID-19, it is failing us by treating gold as a non-essential or important to ensuring our country’s long-term health.

For the conservatives to try bring down the Trudeau government on the WE Charity issue is, while not minor, also not a major issue for Canadians at this time. For many, like me, it’s more of an irritation when there are world shaking events that need our attention. In my opinion the Trudeau government and other governments preceding it have been changing rules and regulations in the banking system that will make your hair stand up. Next time

Posted by Betty Krawczyk at 9:54 AM No comments: