Obama’s Kill List Grows
Yes, Obama’s kill list is readying an expansion to include some sections of Syria.  A surgical strike(s) is what Obama is calling for.  Not to replace Assad, he claims.  That’s because the White House and Israel both fear the Muslim Brotherhood  with their Al Qaeda connections more than they do Assad.  So why is the US, Britain and Israel supporting the Syrian rebels at all?  Especially considering that according to some reports, the Syrian rebels now consist mostly of foreign fighters who are radical Islamists of one kind or another.
It’s all because the developed countries need energy.  Lots of it.  And certainly England knows the value of the fruits of invading energy rich countries as well as the US.  But Syria isn’t an energy rich country, you say?  True enough.  However, the goal for the US and Britain along with multinational banks and corporations has always been to use Syria as the means to bring Iran to heel. Iran is energy rich. Syria is the gateway to Iran’s oil and gas.  There is a lot of frustrated greed out there for the last of the earth’s easy energy and  this has reached new highs among the energy slurping nations when they learned of the new pipe line gearing up  to start in Iran’s South Pars gas field.
From The Vietnamese newspaper Thanh Nien News (8/10/13) we learn that the new 10 billion ($US) pipeline will run from Iran through Iraq and Syria. The article’s author (Pepe Escoba)r tells us: “…this prospective (pipeline) is one of the fundamental reasons for the proxy war in Syria.  Against the interests of Washington, for whom integrating Iran is anathema, the pipeline bypasses two crucial foreign actors in Syria…prime “rebel” weaponizer Qatar  (as a gas producer) and logistical “rebel” supporter Turkey…”
Again, for the Western powers, particularly the US and England, it’s all about confiscating easy energy resources. And the “shock and awe” of pillaging these foreign countries is also really good for US military weapons manufacturers along with replenishing US bases, and halfheartedly rebuilding bombed out cities. Lots of money to be made there, like in Libya and Iraq.  Only there may be more snags in shocking and awing Syria than Obama (nee Bush) and David Cameron may have anticipated. 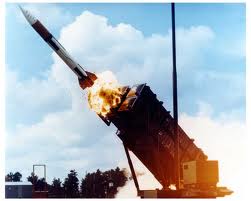 For one thing, in an all-out attack on Syria the US would have to ratchet up the printing presses and try to sell inflated bonds to China.  China has been very quiet through this entire Syrian crisis.  Hardly saying anything, just a few words here and there in the China Daily newspaper.  But then maybe China doesn’t need to say much.  Why should she?  She holds most of the cards.  No UN resolution is going anywhere without her approval and if China refuses to buy bonds to furnish funds for a US invasion of Syria, well, where would the US look?  So the very most that Obama could possibly pull off at this time would be what he is now proposing…that is, some kind of a surgical strike.  Just enough to punish Assad for what Obama claims is proof that it was the Syrian government who launched the gas attack.  However, as yet Obama hasn’t produced any proof.
The Obama administration and Britain’s conservative government are both claiming that it is enough that they are convinced that it was the Syrian government who made the gas attack and they don’t have to show any proof.  And Obama seems determined.  Assad must be punished.  Obama wants to expand his kill list to include hundreds, even thousands of innocent Syrian people. Something has to be done, Obama says, to punish Assad.  It’s as if they are saying they can’t think of any other punishment, so it’s time to go kill some more Syrian civilians.  But there may be lots of trouble with this.
Posted by Betty Krawczyk at 2:44 PM No comments:

SO, I AM NOT ALONE


SO, I AM NOT ALONE
The world started to turn bad, really bad, with 9/11.  But why?  It’s good to know that when one comes to rather incredulous conclusions about such world shaking events as 9/11 that there are others out there, somewhere, who are coming to the same conclusions. This is a comfort, as it keeps one from doubting one’s credentials, at least as an observer.  And I fancy that I am a rather keen observer of humans on the political stage (a conceit I obviously share with many others).
I have recently posted two articles explaining why I think Edward Snowden, the whistle blower, may indeed have the “Crown Jewels” of information the US insists he didn’t gain access to. What kind of information would the US consider “Crown Jewels”?  Perhaps incriminating information on 9/11?  Incriminating for the US government?  If true, this might explain the absolutely nutty things the US is resorting to, like pretending the NSA info sweeps prevented massive Al-Qaida attacks last week end, etc.
Finian Cunningham is a recognized expert in international affairs, a prominent journalist, and scientist (a former scientific editor for the Royal Society of Chemistry , Cambridge, England).  In a recent article (8/10/2013) reprinted in  Information Clearing House, Mr. Cunningham writes concerning what further information Snowden may have given over to others to be released:

“There is also the very real prospect that Snowden’s files may reveal explosive secrets going back to the 9/11 alleged terror attacks on New York and Washington in 2001. It has long been suspected by many analysts and experts that the official narrative on those purported attacks is a cover-up for something much more sinister, such as US government for secret strategic interests.”

Russia demanded that Snowden promise not to reveal any more information that might “harm” the US in order to be given asylum in Russia.   Snowden has evidentially complied.  However, it has been reported that Snowden gave over the rest of the files he had to other parties before he was given asylum by Russia.  So the files are still there but in other’s hands.  Certainly I would think that Julian Assange knows where the rest of Snowden’s files are, as well as Glenn Greenwald, the reporter for the Guardian who first released Snowden’s files.
I believe that the remaining information in Snowden’s files may be so explosive that the US could become a global outcast (except for Israel of course, and Saudi Arabia)  if that information was actually revealed.  Even the European countries that have reacted so cravenly before US demands might be revolted.  Under the Harper government Canada has become almost a colony of the US. This means that whatever Snowden has given over to others that would “harm” the US if revealed will most certainly harm Canadians as well.
Still, I urge Julian Assange and Glenn Greenwald to release all of the tapes, especially those concerning  9/11.  We need to know exactly what 9/11 was about. We are grown-ups.  We can stand the truth.  All civilization seems at a stale mate, we can’t get on, can’t regroup, unless we know the truth.  All the horrific killing in US invaded countries can be contributed to 9/11, the demonic twisted meddling in other countries, all the massive destruction of democratic values at home and abroad, the decline of world economies due to military expansions, the retreat of democracy and rights of humans and the environment, all the way to the ever mounting suicides of US service men and women and the spread of drugs, both legal and illegal.  My God, let’s get on with it. Release the tapes. Please, you men who have them. Release the tapes.
New posting on:   www motherright.tumblr.com  (the rumpus begins)

Posted by Betty Krawczyk at 1:30 PM No comments: 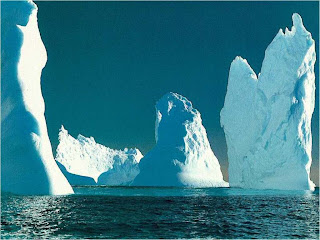 Posted by Betty Krawczyk at 2:07 PM No comments: