On Our Way to Mexico 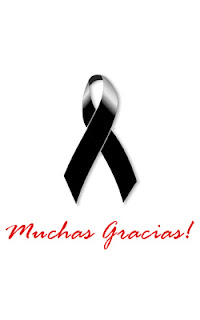 On our way to Mexico?
For a visit to Mexico’s white, sunny beaches? Maybe. But aside from the beaches and colorful night life perhaps we should also look at the rising violence in Mexico that isn’t waiting for the night to fall. Most of us have become increasingly aware of the frightening, ever increasing, ever encroaching violence of the drug cartels in Mexico. That awareness was emphasized this past week by the murder of Rodolfo Torre Cantu. Cantu, a popular Mexican politician, was gunned down on June 26 along with four aids a few miles from Ciudad Victoria in the Mexican state of Tamaulipas. Because of his opposition to the drug lords? That’s the story (The Guardian: 6/29/2010)
In my opinion, unless there is some drastic government action not only on the part of Mexico, but also Canada and the US, the entire North American continent could be headed into government of, by, and for, the drug cartels. Certainly as long as the War on Drugs is the order of the day, the murders, social unrest, and egregious corruption will rule along with increasingly compliant governments who work together to keep “The War on Drugs” operating. There are already drug czars in Mexico who pay the salaries of the police along with those of other municipal employees. In these instances the drug cartels have come not only to be stronger than their municipal governments, but to actually be their municipal governments. And they simply kill anybody who protests. And their domination is escalating especially as more segments of Mexican people come to the conclusion that there is little difference between the corruption of the illegal rule by the drug lords and the corrupt rule of their legal governments.
Can’t happen here? As long ago as 2005 there have been warnings of the influence of organized crime in and around Canadian harbours by RCMP (Van. Sun, May 14, 2005 article by J. Fowlie). The RCMP report said that organized crime was well entrenched in Canada’s three largest marine ports which include those of Vancouver and went on to state: “With these criminal elements exerting general control over their work area, law-abiding co-workers often find themselves coerced into cooperating in illegal acts or turning a blind eye. The intimidation tactics can also target customs and police officers.”
What on earth does this mean? That criminal elements have actually been controlling our ports to allow into our country whatever drugs, illegal weapons, even human trafficking as they please? Have Canadian ports become the very property of organized crime? What on earth is wrong with our government? With the RCMP? Too busy protecting the thousand person strong entourage Obama brought into Canada for the G-20? Too busy tear gassing concerned Canadian citizens who protested this outrageous expense (among other things)? Too busy to care? The only intelligent answer is to legalize drugs, all of them. Unless the world’s governments get up the guts to wipe out the black market on drugs organized crime will rule. And more of us will die as Mexican citizens are doing. Mexico is us.
Posted by Betty Krawczyk at 8:04 PM No comments: