Don't Shoot 'Em in my Back Yard 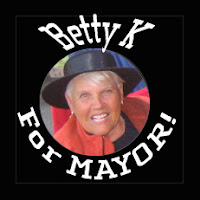 That’s become the new NIMBY for many people in Vancouver. It happened in my neighbourhood last week, just a few streets away. And the murdered man who died in a back alley behind his house on Napier Street had a partner in the real estate business. Pot and real estate is a natural business connection. Who would know better where the best grow-op houses would be, but real estate people? Since the RCMP estimates that the annualized retail return for marijuana cultivated in BC is six billion dollars some growers are willing to simply shoot it out to protect their lucrative territory. Even our esteemed Attorney General Wally Oppal, who says he hardly ever sees his brother who is connected with a grow op house, squirms uncomfortably when questioned about this blood connection, not to mention the drug connection with some ex ministers assistants and God and Goddess only knows who else will eventually surface in the legislature as the ruthlessly suppressed accusations unfold.

$6,000,000,000! Think of that. Could the ready drug cash for grow op houses have anything to do with the obscene prices even the most miserable hovels in the poorest parts of town be making most average income people house and rent poor? Just to make developers and speculators in additon to gang cartels even richer? Well, what else could it be? Just about everybody knows who has ever smoked pot or who smokes pot or knows someone intimately who smokes pot that it is a lot less harmful than alcohol. It’s alcohol that drives people crazy. It’s alcohol that causes fights, car wrecks, wife beating, and child abuse. When I am mayor of Vancouver I will make it a priority to work to legalize pot and tax the hell out of it, as ex-mayor Larry Campbell recently advised ( although I have to wonder why he waited until he was no longer mayor to advise it) and use the proceeds for reasonable housing for everybody. Doesn’t that sound like a workable solution? Why are politicians so afraid to say these things? Well, I’ll say them. And do them. When I’m mayor. When you make me mayor.