The connection between the Federal Party, I.S.I.S. and the other Isis:


The Connection between the Federal Liberal Party,  I.S.I.S. and the other Isis: 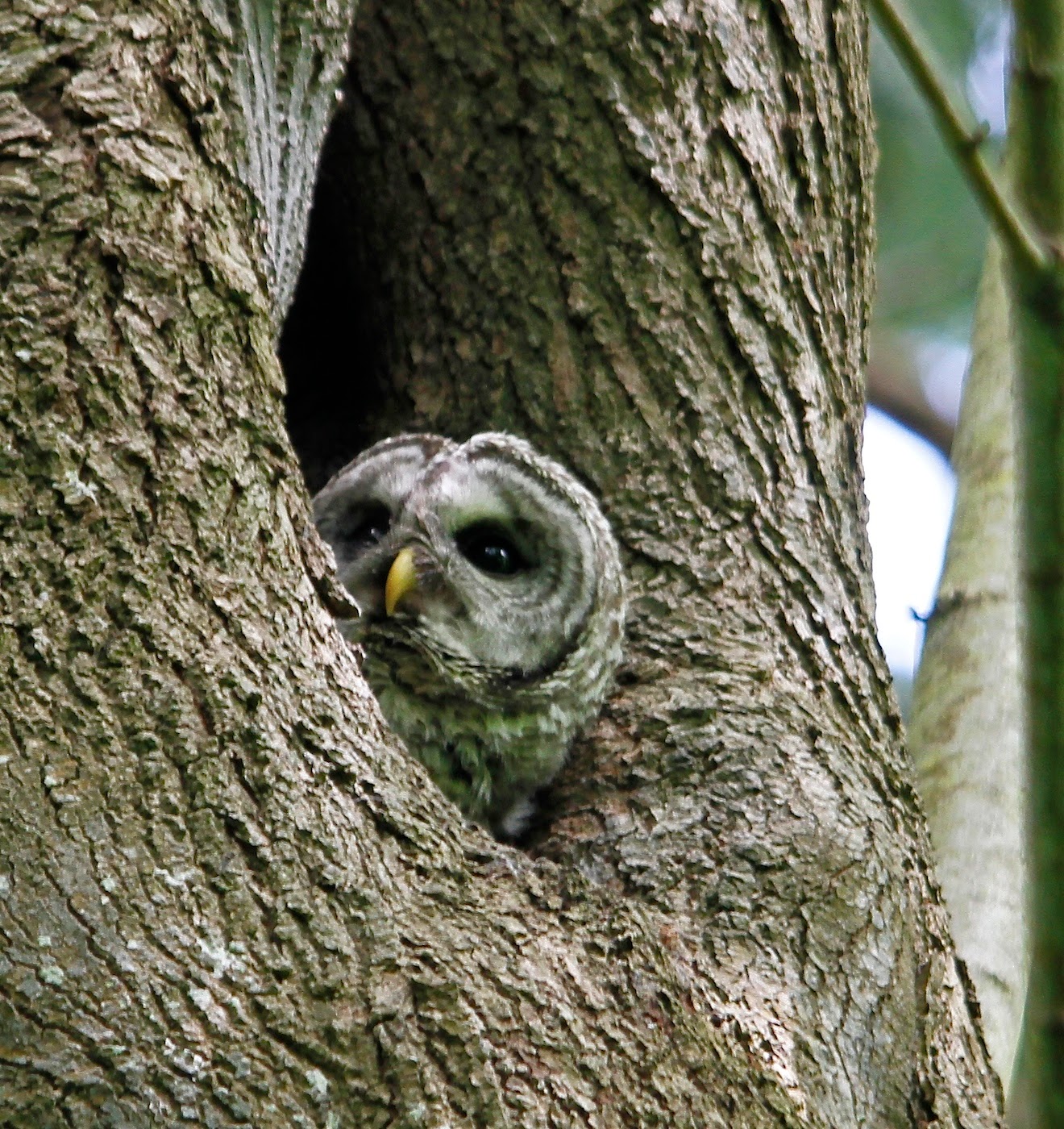 Has anybody else noticed that the initials of the Islamic State of Iraq and Syria (the fundamentalist Islamic men laying waste to Iraq at the moment) also spells the name of the ancient Greek and Egyptian earth goddess Isis?  The Islamic State of Iraq and Syria (I.S.I.S) is watering the top soil of Iraq and parts of Syria  with the blood of many humans in order to save them by bringing them strict sharia law.  You’ve heard of sharia law, I’m sure.  Where women are readily stoned to death for having offended some modesty charge, or trumped up charges of adultery by husbands and/or in-laws looking for younger wives, honour killings (of course only women are killed).  There is equality, I think, in  the belief that cutting off hands is the correct punishment for stealing.

Women and girls who do survive the murderous shock and awe of the I.S.I.S invasions but refuse to convert to Islamic fundamentalism don’t last long. Those who do convert are immediately placed under house arrest (unable to leave their house, if it is still standing, except under the supervision of one of their jailers (male relatives) and must wear the female prison uniform (the hijab).

Poor Isis, the goddess.  She reigned for thousands of years in the same area where I.S.I.S. is now slaughtering people.  Her principals of care and respect for the earth and children were worshipped and women were treated with respect.  How  low she has fallen!  Now thousands of years later women are treated as breeders like any farm animal in many parts of the world and are traded by their owners for goods and services.   So what does this have to do with the recent Liberal Party win in Ontario?

A lot.  I believe it was primarily women who made Kathleen Wynne Premier of Ontario.  Because in spite of what Conservatives may think, women aren’t stupid.  The majority of Canadian women may not catch all the nuances   of national and international politics but most of us catch the general drift.  And aside from favoring a government who at least says it will not start firing everybody in sight in the civil service and will actually raise the ante on spending on civil programs and infrastructures, Canadian women have also heard some incredibly stupid messages from the mouths of Conservative politicians about women.   And women know very well that Conservatives would take away the reproduction rights of women if given half a chance, just as the Tea Party in the States is closing down women’s health providing centers wherever and whenever they can that perform abortions.

The NDP and Conservative parties can postulate all they like about how Justin Trudeau did a dumb thing by announcing that the people in his party who run for office must vote a pro-choice line, but I would bet my best pair of jeans that most women gave this announcement a good listen, just as I did.  I think most Canadian women suspect that the difference between the thinly veiled  contempt for women expressed by some Canadian Conservative politicians and the in- your- face- hatred of women expressed by the fundamentalist I.S.I.S  Islamists is only a matter of degree.  But I think it may be getting just a little harder to convince Canadian women that we are contemptible by nature and therefore shouldn’t ask for fairness in anything.

The women in Iraq and Syria are caught in the living nightmare of violent male religions, with men squaring off with each other striving for dominance over territory and over women, killing everything in sight.  Where is Isis the goddess, the earth mother, the protector of women and children?   Isis, the world is going to hell without you, without your principal of equality, fairness and peace.  Come out, come out, wherever you are, the time is getting short.
Posted by Betty Krawczyk at 1:22 PM No comments:

The #YesAllWomen hashtag has generated a whole lot of online conversation since the mass killings by Elliot Rodger in Isla Vista, California on May 23, 2014.  What does #YesAllWomen mean?  It is in response to the fact that whenever brutal treatment of women makes headlines most men can and will truthfully respond by declaring that most men don’t beat, maim, overtly threaten and/or kill women.  However, all women suffer from the threatening climate that ensues for women when a minority of men does these things.
While it is true that Elliot Rodger killed more men in his shooting spree than women it seems men were collateral damage.  According to his internet postings it was women Rodger wanted to murder, women who he felt deserved to die because they didn’t seem to like him very much.  He killed women in his fantasies before he killed them in the flesh because he believed the power to kill is the ultimate power.  Sick?  Of course.  Highly unusual?  Not by far.  Ask the world’s militaries.
The entire world order runs on misogynistic violence.  World economics run on misogyny. Largely speaking, women are not paid as much as men anywhere.  Except in occupations where there are more women than men such as elementary school teachers and nurses, or the more esoteric research sciences’ when women can actually manage to get into these fields, women are paid less than men.  And women are never repaid as reproducers of the human race and the lifetime of work surrounding this unrelenting endeavor and it is not counted anywhere in the world as contributing to the GNP.  The love that most women bear for their children is actually used against them economically.
In fact, other than bearing an heir to a parasitic European throne, women are penalized by the fact that they can and do reproduce.  Single mothers are scorned everywhere, especially if they are on welfare, and many married women are beaten and/or daily humiliated by their men, men who feel privileged  through custom and patriarchal religions to do so.  Which patriarchal religions?  All of them.  All patriarchal religions designate men as head of their houses with women playing a subordinate role.  Subordinates can safely be abused.  This skewed arrangement has cumulated in putting the earth itself in jeopardy and ruining the planet for everybody. How’s that?  Misogyny has caused all this plunder of the earth?
Misogyny is certainly the underlying cause.   Because practically all of the important economic decisions are made by men, the collective voices of women are rarely, if ever, heard.   Men are more attracted to violence than women, commit more violence, and have more compartmentalized brains.  Young men also tend to be hyper sexualized.   If one looks at the movies and games directed to young men, one doesn’t have to look far to see the connection between dominance, sex and violence.  Further add the sadistic misogyny played out in easily accessible porn sites.  However,  it is these  very values that so saturates our collective culture  because it is precisely  what  capitalism needs to grow and expand…the cheap and flexible availability of women in the labour force, the use of the female body in selling just about everything, including female bodies themselves, and the free labour of women in reproducing the labour force.
How to keep women from demanding structural change to such an unbalanced society?  Corporations and world banks and militaries know what the drug cartels know…keep women fearful.  Keep them fearful of physical violence, for themselves and their daughters.  Keep women worried about economic survival for themselves and their children.  And if that fails, drug them.  There is plenty of liquor in the liquor stores, lot of illegal stuff on the streets, and an unending supply of pills in the pharmacy.  However, I don’t despair.
I believe the time is rapidly approaching when women will be forced to come together in order to push for a more rational way of not only dividing up natural resources in a sustainable way, but in demanding a collective female voice in the struggle against violence, misogyny,  laissez faire capitalism; one that will welcome the embrace of collectivist thinking.  It has been capitalism’s worship of the individual as opposed to the collective that is driving us to extinction.   I personally sense that women are coming awake in ways they have never before and that our next change will be a big one.  For the better.  And women will be leading the way.
Posted by Betty Krawczyk at 7:37 PM No comments: