Climate Modification, Birds and Bees
While we are waiting for the Tea Party to bring down the US government, we may as well continue on with trying to understand what the chemical, bioengineering and military industrial complexes are trying to do to us.
In the recent study on the troublesome death of so many birds in Canada every year, Environment Canada came up with 9 reasons for the bird deaths.  Cats, both domestic and feral, are the No. 1 culprit according to the report ( CBC Sept. 30, 2013).  Ah.  Thank goodness, nothing sinister in the many thousands of recent bird deaths.  The bird deaths are simply the result of doing what cats have always done which is to catch, or try to catch birds.  But when one reads what Richard Elliot, director wildlife research for Environment Canada says about the 270 million bird deaths heavily incriminating cats, it just doesn’t wash with me. Elliot is reported (by CBC) to have said  that :”A cat you think is just wandering around the premises would be killing 10 or 12 birds a night.”
I don’t believe it.  In the first place, birds aren’t out at night.  Birds sleep at night, like people do.  And they sleep in safe places, like the tops of the tallest trees they can find.  Nocturnal birds like owls and hawks are usually too large to tempt a cat and a large owl can even swoop a smaller cat up and take it home to feed its own hungry chicks.  Even if the smaller birds were flying around at night, which they don’t do, a cat wouldn’t be able to catch any more of them than they do during the day. I learned more about cats than I wanted to know while rearing a house full of cat loving kids and I’ve never even heard of a cat catching 10 or 12 birds during the day, much less at night.  In fact, actually catching a bird at all is a sometime thing with the vast majority of domestic cats.  Usually, when a cat does succeed in catching a bird, the catch is proudly brought to the attention of the cat owners, usually to the owners’ extreme consternation.
If it was a common thing, as Mr. Elliot would have us believe, that cats, even just some cats, routinely kill 10 0r 12 birds a night, there would at least be some evidence of this.  There would be bird feathers and feet and beaks all over neighborhoods; kids would have to kick the bird remains out of the way to get to school in the mornings.  And if feral cats were doing the heavy lifting here, they wouldn’t be hungry all the time, scouring neighborhoods’ for something to eat.  What cats are known for catching at night are mice, not birds. I don’t know why Mr. Elliot would make these claims about cats as they are demonstrably untrue. And while the report goes on to list other causes of bird deaths, the one claim that is heartbreakingly true; destruction of bird habitat by commercial logging, is put down at the bottom of the list (No.8).  Nowhere is there any mention of the hundreds and thousands of dead and dying birds just falling from the sky in different parts of North America and Europe.  And there are many more questions than answers about the recent massive honey bee deaths (colony collapse disorder).
The research I’ve done strongly suggests that indeed chemicals are to blame for colony collapse disorder, especially the ones classified as neonicotinoids.  Certainly we should pressure the Harper government to follow Europe’s lead and ban their use.   In my own mind there is only one thin strand that connects the sudden deaths of bees while foraging in the field with the sudden deaths of birds flying in the sky, aside from the suddenness of both events.  And that is how both the bees and the birds seemed to have become disoriented before they died.  I’m not even sure how bee keepers could tell the bees had become so disoriented they couldn’t find their way back home, or how people on the ground who were being rained on by dead and dying birds could tell that the birds as they fell appeared to be disoriented.  Nevertheless, this is the talk both from people in the midst of a rain of dead and dying birds, and of bee keepers.  Which brings us to the topic of climate engineering.
In my research I ran across mention of Clive Hamilton’s new book EARTHMASTERS (Yale University Press).  Clive Hamilton is a well known author and professor at Stuart University and University of Melbourne, Australia.  In a recent interview about his book Hamilton tells us…”In all of the debates over how to address climate change, climate engineering-or geoengineering-is among the most contentious. It involves large scale manipulation of the earth’s climate using grand technological interventions, such as fertilizing the oceans with iron to absorb carbon dioxide or releasing sulfur into the atmosphere to reduce radiation.”
And on the cover of Hilton’s book: “The potential risks are enormous.  It is messing with nature on a scale we’ve never seen before, and it’s attracting a flood of interest from scientists, venture capitalists and oil companies”.
Why are venture capitalists and oil companies so interested in geoengineering?
There must be lots of money to be made out of large scale manipulation of the earth’s climate.  Could these scientific experiments’ backed by venture capitalists and oil companies have anything to do with the sudden deaths of birds and/or bees?  Next time I’ll continue with this line of thought by presenting what some people have to say who are actually doing some of the experimenting with geoengineering.  Next time.  Unless the US government has come to a screeching halt in which case our attention may be diverted for a spell.
See new posting on motherright.tumblr.com entitled “The Gift of the Menopause” 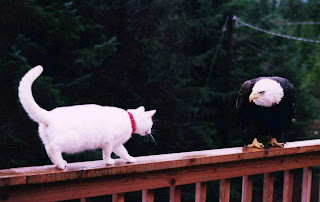 New video on Global Warming released today
The Last Hours -  Video - http://lasthours.org
If you don't see anything else for the rest of the year please see this video.  It's short.  And brutal.  But necessary.
Posted by Betty Krawczyk at 4:15 PM No comments: 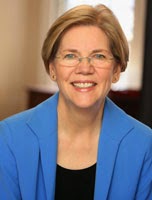 
IT JUST DOESN’T COMPUTE.  OR DOES IT?
At the moment The US is being held hostage by the Republican Tea Party, proving that a small committed group of people (20-30-60) can indeed change the world.  For the worse.  And they don’t even have to be intelligent.  From listening to a few of these US Congress people of the Tea Party who have managed to partially shut down the US government, i.e. Ted Cruz, Michelle Bachman and  Marco Rubio, I get this eerie feeling that they don’t even live in this world.
For them there has been no such thing as social evolution.
The Tea Party lives back in the glorious pre and early post-American Revolutionary times, when there was only a smattering of government, and only wealthy people (landowners, male, white) controlled it.  But there was a role for dirt farmers, too, they were part of a militia if needed, and the dirt farmers treasured their guns to fend off freed slaves, Indians, roaming Yankees and all manners of landless riff raff who were out to steal their livestock and women.  The Tea Partiers to this day,  both the wealthy ones and the not so wealthy ones, all love their guns  and carry around the same egocentric fears and demands of an idealized revolutionary historic time in America.
In my opinion, the Tea Partiers are pathetic.  And dangerous.  They are much like the radical Islamists in their zeal.  They would see the whole world go up in flames to try to recreate those times they fancy existed before government grew big with social programs that were created by more humane leaders to keep less well-heeled people from starving to death in the streets.  The Tea Party fundamentally opposes the concept of equality.  Yet, many of the Tea Party people are very wealthy themselves and well educated.  It just doesn’t compute.  Or does it?
Enter US Senator Elizabeth Warren.  Her take on the seemingly irrational fears and determination of this group of people to prevent American people from having adequate health care (Obamacare) doesn’t make sense because it isn’t sensible.  It’s religious.  And it’s all about women’s right to reproductive health care; not only to abortion, but to birth control.  The Tea Party people intend to do what their god wants them to do.  The Bible says so.  Or these fundamentalist says it does.  So what is Sen. Warren’s take on the matter? Her words on the floor of the US Senate (30/9/2013) :
“With millions of people still out of work…with students and families crushed by student loan debt, with millions of seniors denied one hot meal a day with Meals on Wheels and millions of little children pushed out of Head Start because of a sequester that is dragging down the middle class, with the country hours away from a government shutdown…the Republicans have decided the single most important issue facing our nation is to change the law (Obamacare) so that employers can deny women access to birth control coverage.  In fact, letting employers decide whether women can get birth control covered on their insurance plan is SO important that the Republicans are willing to shutter the government and potentially tank the economy…”
Sounds crazy?  That’s because it is.  This kind of religion, whether Christian or Muslim, impedes the progress of the human race.  In my opinion the only hope we have of getting to a better place is to ditch religion altogether and concentrate on the spiritual which is where we are when we meet each other as equals in humanity. And perhaps Sen. Elizabeth Warren will run for president in the next US election.  And in Canada? I wish Quebec Premier Pauline Marois could run outside Quebec.  I would certainly vote for her.
see my new post on tumblr.motherright.com
Posted by Betty Krawczyk at 1:54 PM No comments: