BC Liberties Association, what are you thinking? I want to laugh at your application to the court to consider (more or less) legalizing Polygamy. But I can’t. The matter is too serious. Especially for young women born into fundamentalist religions. And for the rest of us, too. The very idea of young women being legally married off as second, third ,or fourth wives to old men or middle aged men, because their religion demands it, is sob story material. How can parents do this to their young daughters? No young girl wants to be married off in these circumstances. It’s unnatural. Youth calls to youth. Sadly, mothers don’t have much to say about this unnatural reversal of biological order. Their religion binds them to male rule. Fathers in Bountiful and polygamous inclined Muslim communities more or less trade their daughters or other young female relatives off in marriage as multiple wives to other favored men and in return, receive, or their other male relatives receive, a like compliment. Tit for tat. However, I think CBC Radio (On the Island) inadvertently (or perhaps by design) pointed out a flaw in this practice of extreme male privilege.

Yesterday (Nov. 23) the producers of CBC On the Island interviewed a woman who said she lived with two men. She favors the legalization of polygamy because that would open the door to polyandry (one woman with two or more husbands) and she would like to be legally married to both of her men. Well, again, tit for tat. What’s good for the goose is good for the gander. Or vice versa. Surely a Charter Challenge would also rule in favor of allowing equal opportunity for ever younger legal partners for women, too. And in these dire economic times a well-heeled older woman could easily attract a couple of younger men for husbands. And she could legally list them both as dependents on her income tax returns. Polygamist would also benefit hugely through income tax. Many Canadian Muslims are very wealthy. They would save huge amounts of money if they could claim their multiple wives legally. Ditto for the Bountiful men.

My research tells me that Polygamy is practiced where there is a desire for more children (besides the sex part) and as a result populations expand. Polyandry is usually practiced where there are scarce resources. Polyandry restricts the expansion of the population. It’s a math thing. One woman can only have so many children regardless how many husbands she has while one male theoretically can have a hundred or more with multiple wives. Now, it’s true Canada needs a bump up in population. But is Muslim polygamy the answer? Give me break. I could be wrong, but I don’t think the burden of populating Canada more densely should rest almost entirely on the shoulders of Muslim men (and Muslim women, too, of course) even if we pay them in generous income tax exemptions and other economic goodies.

But the potentially stickiest flaw in this scenario? Children get born. While Muslim men are smug sure of their paternity (the punishment for women straying is severe) the women in Polyandry marriages (even older women have babies these days) in case of divorce, would have to resort to medical tests to determine which of her husbands is the biological father. And if she is legally married to both, would this even matter? And you think visitation privileges are a nightmare now? Can you even imagine?

It’s true the Muslim community is rapidly gaining power and prestige in Canada, but in spite of the near passage of Sharia Law in Ontario last year (it was the work of Muslim women themselves who defeated it) the Muslim community cannot dictate to Canadians what our laws should be. Too bad when immigrating to Canada some of the men have such trouble trying to bring multiple wives into a country that allows only one. Too bad these men feel they are discriminated against in this county because they can’t legally have multiple wives. We are Canadians here. For God’s sake let’s stand up and act like it. Shame on you, BC Civil Liberties Association.
Posted by Betty Krawczyk at 2:39 PM 2 comments:

Is He Hitting the Bottle Again?

Just pondering. But Gordon Campbell actions are similar to those who are either just going into, or trying to climb out of, a drunk. And at 81 I’ve seen a few drunks in my life. How else to explain our premier’s reeling, radical political moves in the last few months? Of course just the fact of setting a provincial record for low approval ratings is enough to drive a body to drink. But if this isn’t the case (that our premier is drinking unduly and I have no proof that it is) then as citizens of this province we must try to make sense of Mr. Campbell’s actions.
But this is difficult. He’s going, he says, but he will be the one to say when. Perhaps as premier Mr. Campbell has other things to do before he goes besides just shuffling people and posts. He may even create more new posts. His latest new post is breath taking…the one that brings mining, forestry, river power, and of all things…First Nation Peoples into one big portfolio. And given his stated expectations that his people will follow his dictates even when he is no longer premier, it seems that Mr. Campbell plans to manage this portfolio, even from afar if need be.
This is scary beyond measure. Especially when Mr. Campbell doesn’t seem to realize that First Nation Peoples are people, not trees or rivers or minerals. To me Campbell resembles a drunken driver careening down a freeway with a bunch of unbuckled kids in the back seat. And we’re the unbuckled kids. We’re scared, but we need to ask the premier something. Like while he is taking back his rash promise that if we would be good kids and stop screaming he would buy us some ice cream cones (15% tax) but he didn’t have the money for cones anyway, having spent it at the Olympics Pub, dare we ask that he take back the HST before we hit that logging truck also careening down the road? And get thrown into that run-of- the- river dam? And be met at the hospital with the news there is no room for treatment for our massive injuries because the emergency was shut down last year and anyway there isn’t a doctor in the vicinity anymore?


Posted by Betty Krawczyk at 10:52 AM No comments:

Is He Outta Here? Really? For Good? 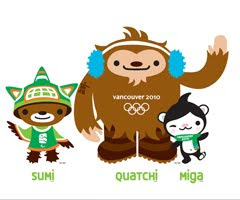 Is He Outta Here? Really? For Good?
No, not really. Well, his physical presence may be soon gone, but Gordon Campbell’s will to privatize and impoverish his corner of the world will live on for many years regardless of who runs in or wins the next provincial election. The generous tax breaks our premier gave before his early retirement will allow the HST to live simply because the provincial government will need the HST to keep from going bankrupt.
Gordon Campbell hates unions and adequate social services and taught others to hate them, too. Why? Because they take money from the private sector. He thinks the private sector is the ultimate in human development. Those at the top of the private sector make all the rules for everybody else including the government. Because they’re the smartest, Campbell thinks, therefor the best. They deserve more of what they already have. For them democracy is an unrestrained market where they can plunder at will. The result?
Now one child in three in provincial care goes to bed hungry at night. Private food providers who serve the elderly also serve the prisons. Mushy everything, scarce protein, heavy carbs. Slashed public schools, ferries, services to anything that helps women, children, the poor, homeless; we have the lowest minimum wage in Canada and the highest child poverty rate. And now just by an order in cabinet (laws put in place by Campbell) the provincial government has the power to take public lands out of Tree Farm Licenses, make them private, clear cut, export the raw logs and then sell the land to developers, minus consent of First Nations, or the rest of us, or even the legislature.
Gordon Campbell has lied and bribed. But there are corrupt politicians all over the world and Campbell is unusual only in one aspect. He has maneuvered to bring all of the natural resources of this province under one big controlling umbrella without even the knowledge, much less the consent, of his own cabinet.
And who is now holding this huge umbrella? Gordon Campbell. At least for the next few months. Time enough to make some really big deals with resource hungry foreigners. And who will stop him?
Posted by Betty Krawczyk at 2:09 PM No comments: