Sirs,
We of the Women’s Party are not satisfied with our correspondence with you concerning Genetically Modified Salmon.

In the first place, we are of the opinion that this matter rests squarely with the Ministry of Fisheries and Oceans as well as with the Ministry of the Environment. Of course this also eventually concerns the Ministry of Health but as Ms Aglukkagq seems to have passed the buck completely in her reply to the Women’s Party on the matter, we will simply concentrate on the two federal government departments that are most directly and immediately affected by the keeping of GMO fish in West Vancouver and the question of how they got there, and why the public was not notified of their arrival or their presence.

As mentioned, we strongly feel that the DFO is instrumental in everything that goes on in the fisheries of British Columbia. All fish farms are now directly under the attention and control of the DFO (since 2009). And of course, the mutant fish that are being prepared to be released into the fish farms of BC should everything go well with the approval process in the United States, comes under the care and control of the Department of Fisheries and Oceans. To pretend otherwise would be to insult our intelligence so please don’t do that.

The silence of the DFO on the preparation of mutant fish in West Vancouver to be released into BC fish farms as soon as the go-ahead arrives from the US has a link, in our opinion, to other questionable practices by the DFO in BC. Aside from the mutant fish being prepared for Canadian market when the time comes, there are other radical DFO experiments going on with fish in fish farms and also in BC rivers and streams that is everybody’s business who eats fish.

We also believe that this experimenting around with hormones to get fat, steril fish and then allowing them on the market as well as in BC open waters poses a danger not only to wild salmon (as some still retain the capacity to breed) but to humans. Hormones are the most potent growth and sex differentiation substances in nature and to throw the female hormone around so recklessly is endangering humans as well as wild and domestic animals that consume fish. As the use of these hormones to change the sex of fish is a crime, we believe, and against nature, as they also makes the fish unwell. We suspect that the use of sex hormones to change the sex of fish and the process of sterilization may also very well contribute to the diseases that are plaguing both fish farm and wild fish such as the ISA virus that is being documented by Biologist Alexandra Morton and her colleagues.

The Women’s Party also disputes the concept put forth by Mr.Keith Ashfield, DFO, that the government only holds a patent on the genetic material that goes into the making of the DMO fish, so that this does not constitute a patent on the actual fish, and therefore does not contravene the Canadian Environmental Protection Act. This is similar to the way Mr. Peter Kent, Minister of the Environment ,can say that Canada has an Endangered Species Act, but the endangered species themselves are on the street, as it were, as there is no protection for their habitat, that is, no place to live. We deplore this kind of rationalization and claim that the Department of Fisheries and Oceans and the Ministry of the Environment are indeed in contravention of the Environmental Protection Act.

We have also asked for a risk assessment on the mutant GMO fish being raised in West Vancouver (Jan. 19, 2012) We hope to hear from both of your departments in full in the near future. Thank you for your attention.

BRING BACK THE “WAFFLE”!
When I first came to Canada in 1966 from the American South I was happy to be out of a country that was, in my opinion, becoming increasingly sexist, racist, militaristic, and where fundamentalist Christian religion condoned all of the above. To my relief, not only was Canada not involved in a cruel and senseless war (Viet Nam) but had a history of socialist thinking that was unheard of in the States. The “Waffle”, commonly described as the left wing of the NDP, and blatantly socialist oriented, fascinated me. I immediately joined up.

Now, forty five years later I find the Harper government not only championing unjust wars and threats of wars with righteous aplomb, but as well as trying desperately to break unions, undo health care, bring back the issues of birth control and abortion through his back benchers, deny science, and stealthily practice fundamental religious beliefs by egging Israel on to bomb Iran in order, in my view, to bring the “Rapture” and fulfill Biblical scripture. Not to mention trying, in my view, to criminally rig elections.

And yes, nationalism means socialism, real socialism, not just a theory tacked onto the back of a capitalist structure that is riddled with corporate corruption. With a bow of gratitude to the NDP’s Tommy Douglas for Canada’s universal health care plan, I contend that we Canadians, having lost the “Waffle” wing of the NDP, do not have a home grown Socialist Party.

Socialism is first, and foremost, the recognition that there will never be any fairness and justice in a country if the country’s banking system is controlled by private banks. All of our banks in Canada are private except for one…The Bank of Canada. The Bank of Canada is a public bank and it belongs to us. The government of Canada can borrow without interest from The Bank of Canada for public works, military spending, health care, etc., whatever it needs to run the country. However, all Canadian Prime Ministers since 1935 have been persuaded, one way or another, by the private banks that it would be good for the country to borrow from them instead of from the Bank of Canada, as then the private banks could charge compound interest that would be paid by citizens through public debt. This is wonderful for private Canadian banks (check their profits) disastrous for us (check our load of private debt) and our national debt.

The second major recognition of any country that is working toward Socialism is that it must make haste to get its natural resources in hand. This means that a country’s natural resources such as water, oil, gas, mining and forestry must be under direct public ownership, and not private corporations.
Corporations and private companies operating in Canada would laugh at the suggestion of nationalizing Canada’s banks, water, oil, gas, and trees. It’s because they believe these natural resources belong to them and when they stopped laughing at any suggestion of nationalizing “their” resources they would shout “Communism!” and then sit back, still chuckling, as if that accusation would settle the matter. The mere accusation of godless Communism is thought to frighten passive Canadian citizens senseless. 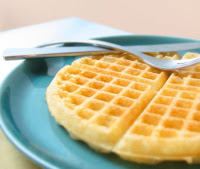 But no, it doesn’t settle the matter. Communism implies such an advanced citizen consciousness that it doesn’t need the state and this exists nowhere on this earth. However, in my opinion, if we don’t become Socialists in its most fundamental sense in Canada, if we continue to depend only upon our natural resources in corporate hands with next to no manufacturing base, then I agree with those who say we are set to become a third world country. Help! Bring back the “Waffle”!
Posted by Betty Krawczyk at 5:35 PM No comments: