Living in the foothills of the Great Reset

It all sounds so simple and easy and humanitarian. A digital dollar is just what Canadians need. No more dependence on fiat currency (a fiat currency is paper money with nothing to back it up but public confidence that it is worth something). Our dollar at one time was backed by gold, so that public confidence was assured that the Canadian dollar was as “good as gold”. But as the Bank of Canada has sold all of our gold on public auction (I personally suspect there was not much public to it but sold to other European banking institutions) and as our politicians clamour for ever more printing of the fiat paper money, something must be done. We are waking up to the fact that something is indeed “rotten” in Denmark. Actually, the rotten part lives in Davos, Switzerland, where the Central Bankers of Europe and North American go to figure out how to carve out the rest of the world to better protect their own massive, unbelievable wealth. Enter the Great Reset. First, the Great Reset is a European invention. It was announced by a meeting of international bankers last year. But what is it?

First, it’s a new digital banking system. Everybody will have a “wallet” with our name and number that will allow us to deal directly with The Bank of Canada, side stepping all of the other private chartered banks. We will each have a Bank of Canada account. And what goes into these wallets? Well, every single transaction. In the US the wallets will enable US citizens to have a Federal Reserve Account, dealing directly with the feds. Most Europeans will also have accounts with their central banks, again side-stepping private or co-operative banks.

A guaranteed annual Income also comes with the Great Reset. And isn’t that a good thing that poor people and struggling middle class people don’t have to worry in this climate of shuts down about how they’re going to pay rent and put food on the table? Not necessarily. As so many people are still not working full time, much of the monies received by individual Canadians will be from the Bank of Canada. Where will Bank of Canada get the money? Why fiat money of course – they will just make more.

There is one thing we can count on.  We will all be under surveillance like we’ve never been before. The Bank of Canada will become synonymous (as it already has) with the Canadian government and will be privy to every single transaction we make. So what, one may ask. We’re all spied upon anyway.  Not to this extent, we’re not. We’re only in the foothills of the mountains of change that are coming. Next time.

Together, not seperate: The problem with identity politics 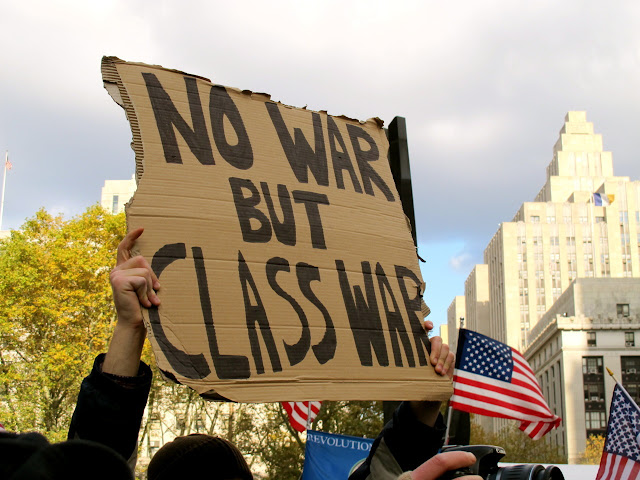 When some of the US New Left evoke Karl Marx as their new economic, philosophical, and quasi-spiritual guide whose writings will lead them out of the twin bogs of racism and sexism, what exactly are they talking about? I admit I don’t understand their interpretations of Karl Marx’s theories. While it’s true Marx did talk about race (in his writings about the US Civil War) but I do not interpret his writings to mean that he believed that race theory superseded class theory as his main theory on how to bring about a revolution that would benefit all humankind. And he was unfortunately a little too quiet about gender. But that's because he believed that the almost unimaginable job of revolution belonged to, and rested upon, the working classes as a whole.

A long time ago (1950’s) when I was a single mother with three kids to support I got my first taste of organized labour. My children and I lived with my parents but they weren’t rich and neither was I. But we managed. I worked full time as a waitress in a somewhat upscale restaurant in downtown Phoenix, Arizona. Even though wages were extremely low the tips were good in the tourist season. Off season, the tips ranged from bad to pitiful. But I didn’t have childcare worries. Aside from giving my kids loving grandmotherly care, my mother was a great cook. She descended from a long line of deep south women who cooked soul food style with a dash of Cajun. Our household worked together. I also belonged to the Hotel and Restaurant Workers Union. When a strike was called I had been working in the same restaurant for over four years.

The strike was city wide. Barry Goldwater was the Republican Senator at the time and he ultimately crushed our union by evoking the Taft-Hartley Act (1947) that allowed non-union workers to be hired into union shops. Later I learned that this bill (called the right to work bill) meant the death of many unions. So, I along with most of the workers in the city’s restaurants, went out on the picket line. For months it was a touch and go situation with almost every restaurant in Phoenix involved. Our union solidarity was off the charts. We held rallies, endless meetings, and no one shirked their turns at picket duty. Many workers brought their families and friends to the picket lines to cheer us on, feed us, and give us support. But looking back on that strike I understand that it wasn’t just a strike for living wages. It was a coming together of people for a common cause...and it was a beautiful multi-racial happening of women and men. We were whites and blacks and browns and came forward to speak freely. The public was supportive, too, with many contributing to help with keeping us on the picket line. Phoenix was a vigorous resort and tourist town in those days, and these people did not like crossing a picket line. And we won.

But I knew nothing of Karl Marx in that experience. I don’t remember even hearing his name mentioned. I found Karl Marx and Fredrich Engels later, much later. I understood when they told me that the strike I remembered was a microcosm of what resistance to the moneyed elite might be like if it were attended by masses of workers. And even though I may have since adopted some middle class ideas and customs, I’ve always known which class I came from. I come from the working class and I agree with Marx’s insistence that it is the working classes together that will move humanity forward.

I worry that identity politics is in danger of overshadowing class consciousness in much of the New Left. Identity and class are entwined, but I see at times where specific issues of identity, including race and gender, are getting separated and talked about as if these are understandable separately from the underlying bedrock of class. Just as discussions of class needs to include gender, discussions of gender must always also discuss class. Similarly, understanding racism requires understanding classicism, which includes but surpasses issues of identity, even racial identity. Otherwise we’re only talking about half of these issue, and this is a dead end.

Those kinds of separatist conversations will never generate a massive movement that could accomplish what Marx and Engels envisioned, or what radicals Mary Wollstonecraft, Sojourner Truth, and Dr. Martin Luther King Jr. dreamed was possible. We are – or need to be – in this together, fighting against those with the economic power to determine how are able to live our lives, build our communities, and even how we see ourselves. There is a massive global change coming with a flood of fiat money being proposed and championed by the capitalist elite of European bankers. And if we have any hope of controlling our destiny, we have to face it together.

Posted by Betty Krawczyk at 3:26 AM No comments: