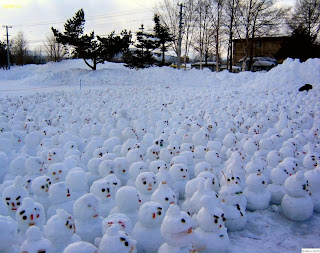 My last posting on marriage and religion generated a lot heat, which I expected. But some interest, too. One woman responded with the question "Okay, so what do we do now?" And my response? Well, that depends. I believe, as our economic and environmental status quo crumbles there will be perilous times ahead for us all that will demand the leadership of women. Yes, I know there's lots of good men out there (I think I know most of them personally) that's not the point. The point is that it is male culture that has gotten us into this mess. Male culture? What's that? Male culture is what we all live in and it always tetters on the violent side whether it's ball games or outright war (yes, Canadian men are less violent than most and some are very sweet) but the absolute, over riding rule of male culture is that women are inferor because they can be oppressed in sex specific ways. These sex specific ways of sexual oppression against women are what keep women from assuming real leadership roles domestically and gloably. Shall I count the ways?

(a) Prostitution: This scourge on the face of our earth must go. As long as there is one prostitute then all women are potential prostitutes if they get poor enough. And if all women are potential prostitutes (are, have been, will be)then is it absurd to even think of any women as real leaders? And when men get angry enough they will accuse even well off women of being prostitutes. Remember when Blinda Stronach crossed the floor to the Liberal side in Parliment and her former Conservative colleagues flung accusations of prostitution at her? Prostitution will go when enough women get strong enough to link arm and arm with prostitutes and sexually abused children and accuse those who need accusing...brothers, husbands, boy friends, sons, male teachers, politicans, corporation CEO's,church leaders...no person, no citizen, woman or man can hold heads high with pride as long as prostitution exists. Aside from being a crime against humanity, prostitution encourges all men to think of women as inferiors.

(b) Pornography: Women will not,cannot be thought of as world leaders, or even believe they can be leaders of any kind when almost every time a woman opens the computer she sees what men consider important in women: tits and ass. And children with computer access also know how to open up the really good stuff...hard core pornography. Many men love pornography or it wouldn't be such a hugh money maker. And when women are constantly presented as being primairly orifices for men to bore into then women get depressed. Which is what is happening when porn becomes main stream as it is now. My God, even China recognizes that pornography is bad for everybody and stops it from going into their country.

(c) Rape: Breaking and entering a house is taken more seriously by authorities than breaking and entering a woman's body against her will. And children's bodies, I might add. The police and courts and politicians pay attention if a woman or a child is killed in the process but rape happens so often it is still not dealt with seriously enough. Women know this and many raped women are too dispirited to even report it. Rape should be given the same seriousness as attempted murder. Then women and children would know that they matter.

(d) Battery: Funny how wife beating or woman beating has become spousal abuse. By called it spousal abuse women could also be beating on men, right? How many women do you know who physically beat their men? I'm eighty years old and I've never met a single one. But I've met way, way, too many women who have beaten by men. Men beat women on a fairly regular basis and when they are extremely angry and feel justified, even kill them. A woman who is beaten frequently, or even slapped around occasionally cannot consider herself or women in general as leaders of any kind.

Could it possibly be true? That marriage and religion are the twin causes of global warming? I think yes. Prior to the rise of these two patriarchal institutions, marriage and relision, women practiced birth control via the taboo system. In most ancient societies, according to social scientists, when a woman became pregnant she marked herself as being in taboo and no man could touch her until that child was weaned, usually from four to six years. The first European anthropologists who came to this continent and even down into Suth America were astonished at this birth control system that not only limited the number of children any woman had, but whose maternal and infant death rates were much better than those in Europe at the time where weatern religion and marriage had taken hold and women were bearing a dozen or more children in their lifetimes. Where ever Christianity and Islam were introduced women became baby machines as women now must by law and religion always be sexually avaliable to the men.

As the two religions spread all over the world populations exploded. The old methods of child spacing practiced by women became illegal. For practicing them women could be cast out, or killed by their husbands or other male members of their family under Islamic law and early Christian law. The degradation of women through the religous idea that women had no right to protection from men's sexual demands has lead to the earth's over population that has in turn led to the degradation of the earth itself. And perhaps to the extinction of everything that breaths.

In my opinion men as a group don't have it together now even when we're on the brink. Our forests are still falling, our water being stolen and privatized, the worst industrial polluters claiming their right to do so with a taoken payment. The future looks very grim unless, we, as women, can do what men seem unable to do. And what is that? We can raise hell. We have the computer. And each other. We can stop being wimps and start challanging government and corporations and religions in maningful ways, as women. Lt's stop being so forgiving of men who had rather watch hockey and drink beer or further their political, corporate or religious careers than seriously consider whether their childrn may survive. Women's voices have been silent too long. It's time to roar. We have a right to our anger. Betty Krawczyk

Posted by Betty Krawczyk at 7:50 PM No comments: 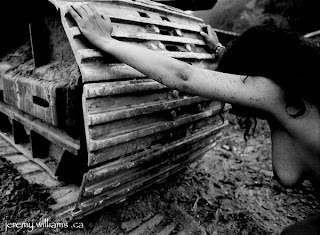 I can’t identify who first said these words but I like them. They’re emotional words. Fighting words. There’s a struggle woven in between these words coupled with somebody’s tired determination not to give it up. And neither can we give it up. Ever. Even when things look bleak. Why? Because there aren’t any other alternatives but to keep on going. If we stop “going on” so to speak, we die.

Last Tuesday I lost my appeal in the Appeal’s Court of BC. This appeal originated in the protests and arrests in Eagleridge Bluffs which left me with a ten month’s prison sentence. Which I served. But in my appeal I said people have a right to protest needless governmental destruction of our priceless eco systems no matter how much press and media attend a protest; but the court said no, if there’s press and media attending a blockade that makes a protester guilty of criminal contempt of court and anyone who speaks to the press while on a blockade is a criminal. With a criminal mind (mens rea) no less.

This is just the most maddening thing. This means that while I was designated a criminal with a criminal mind and given a lengthy criminal sentence and sent to a place where other criminals are kept I was told by the appeals court that the term “criminal contempt” was simply a term used by BC courts but it didn’t really mean I was a regular criminal. Then how come I was tried and convicted like a regular criminal and sent off to prison? I don’t get it. I’ve come to believe that when confronted with a prisoner who has disobeyed a court order (at least a court order allowing the destruction of our environment) BC judges’ minds automatically hit a short circuit that creates some kind of cranial electrical storm. Give them mass murders any ole day, they seem to say, or extortionists, or the most vicious gang members, child pornographers, or whatever, and they will be treated much more tenderly by the courts in BC than an environmental protester.

But we can’t stop. If there is any room for me to appeal to the Supreme Court of Canada I will. We must all prepare to go “into the breech, dear friends, once more into the breech”. Whenever and whatever way we can manage to do it.

Posted by Betty Krawczyk at 1:38 PM No comments: