It all depends on Women 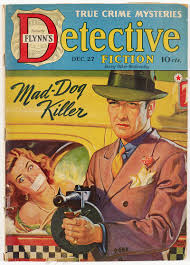 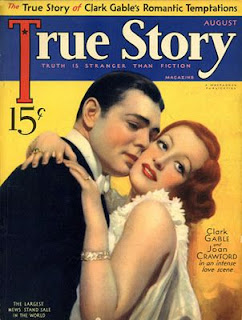 What depends on Women?  Everything.  And this means, in my mind at least, that women must take on the highest leadership roles if we are to find ways out of the corrupt mental, moral, political and economic sand-trap we find ourselves in, not only in the US but in Canada, too.  In fact, male hierarchical leadership is a global problem.  But hasn't male hierarchical leadership always been an iffy business one may ask, bringing wars and pestilence upon us, but at the same time, also brought very many good things that has made our lives better?

Certainly, in many ways this is true.  I was born in 1928, and my earliest memories were about kerosene lamps for reading in our little farmhouse in Louisiana. We had a huge cistern in the back yard to collect rainwater for bathing and cleaning, and a sweet water hand pump in the front yard for drinking.  I remember my mother's delight when our house first got wired for electricity and after that the good times just kept coming.  Our small battery operated radio was replaced with a handsome electric one so large it was the centerpiece of our living room.  A gleaming new refrigerator replaced our battered old ice box. Indoor plumbing replaced the outhouse and the huge wash tub in the lean-to reserved for bathing.  Yes, we were moving on up, well into the twentieth century.

Of course I still vote for all the labor saving devices that were invented and promoted primarily by males that gave women at least some time for themselves. My mother began teaching me to read early, not because I was precocious, but because she knew something was wrong, or different, by the way I processed the written page.  Now I know it’s called dyslexia, but what it meant for me and my mother back then was that she kept insisting that I must study a page to center my focus on the letters themselves, before I attempted to decipher their meanings when grouped together to form words.  Because of this early training, to this day when traveling or waiting in the dentist’s office, I can tell from the briefest glance at the magazines offered, even if the magazines are upside down from where I am sitting, if they will be of interest. Somewhere between seven and eight years my reading began to definitely improve and I started to notice what my parents were reading.  I wasn't supposed to look at their magazines, they gave me Sunday School magazines instead.  Or the Sunday funnies.

I would glance at one of my mother's magazines thrown aside when she heard something boiling over on the stove or heard my young sister waking up from her nap.  Once in a while  my father would take to his chair with his latest magazine and be interrupted by a knock on the door to admit a neighbor  needing help with a cow or his car or some other emergency.  I wouldn't dare touch the magazine, but if my mother wasn't in the room, I would walk around and take a good look at the cover of the magazine called True Crime.  The cover itself was usually very scary. There would be a man threatening another man and sometimes a woman with a gun or choke hold.  The scariest was an actual photo of people peering into a reopened grave.

And my mother's magazines? My mother's magazines, different from her pamphlets on sewing or raising chickens, were titled...True Love or True Romance.  The front covers would usually depict a very pretty young woman rather scantily dressed being embraced by a very handsome young man.  But not always.   Sometime a different but equally pretty young woman would be holding out an imploring hand to a different but equally handsome but displeased young man.  They had evidently quarreled and the woman's posture was pleading for forgiveness indicating whatever had happened was her fault.

Aw, yes.  So you think you know where I am going with this!  Well, you're right.  I believe that males on the whole are inherently more attracted to conflict and violence than females are, and thus our patriarchal hierarchies cannot and will not throw off their five thousand year culture until they are forced to.  And who will force them?  Well, women will have to.  Next time.

Posted by Betty Krawczyk at 9:42 AM No comments:

The Lady has lost her head 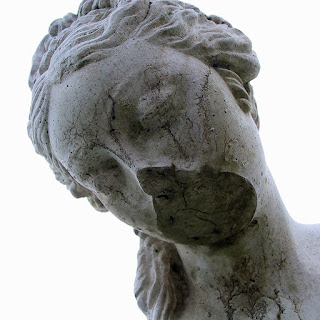 Unusual dreams and visions are very mysterious.  They seem to occur willy-nilly out of nowhere. But psychiatrists are trained to think there is usually a ‘willy’ behind the ‘nilly’ of visions and unusual dreams. When treating a middling well to do patient the good mind doctors will probably probe into their patients sex lives and early toilet training.  However, when geniuses like Albert Eisenstein and Martian Luther King, Jr. spoke of their dreams, the entire world listened up. Who knew, at the time, that Einstein may have been moved to speak of a bomb shell new mathematical theory that came to him in a dream that would disprove God knows what, as we weren't sure what was proven by other mathematicians in the first place. But we did know that Martin Luther King's dreams and visions would live on and influence others, not just in people of color, but in all of us who listened with heart. The reason the cops are so murderous toward protesters at times is because the cops need jobs so they just follow instructions; Trump and his right wing know that King's dreams lives on most vividly in the protesters.  But when visions and dreams happen to ordinary people and the ordinary people are foolish enough to reveal them in public, they deserve what they get.  Derision. But I am going to do it anyway. I am going to tell you the most unusual dream I have ever hand in my entire life.

Two nights ago I went to bed late, after searching different news sites for the latest news, fearing for the protesters, and despising Trump and his cohorts for what I think is their evil intent to bring in the national army and make a military coup. Exhausted, I fell asleep immediately.  I dreamed I was out for an evening walk and approached a dumpster by an alley way.  There was something very unusual in the dumpster.  It looked like the body of a woman and she appeared to be dead as rigor mortis seemed to have set in.  Her body looked very stiff and unable to just slump down into the dumpster. She was white, very white, tall, and scantily dressed but covered.  Although I couldn't see her face for the dumpster debris covering her head the body seemed strangely familiar.  Maybe I had seen her on the screen, or in fashion magazines while waiting for the dentist.  In the dream I wasn't frightened by seeing the dead woman, just curious.  A black woman with a little boy walked by and then paused by the dumpster. They looked at the woman's body. “Is she dead, Mama?” the little boy asked timidly.  “I don't know, honey, but let's see if there is anything we can do”, the mother answered and then letting go of her son's hand, walked over close to the dumpster.  I watched curiously. I was sure the woman in the dumpster was dead, couldn't the mother see that?

The mother leaned over the dumpster put an arm on the dead woman's back and lifted her up and brushed off some of the garbage debris to get a look at her face.  Only there wasn't any face.  The body's head had become detached from the body.  The head was probably somewhere in the dumpster.  There was just a little blood around the top of the neck where the head had come off.  The little boy asked again.  “Is she dead, Mama?”  The mother laid the body down gently and walked over to her son and took his arm. “Yes, honey, she's dead.  Come along, we have to go now”.  Her voice was heavy and troubled.  They walked away but I wanted to shout at the women and ask her why she should be concerned about the death of a white woman whose race had oppressed her and hers for hundreds of years. But I remained silent and lingered with the dead woman, searching for some clue as to where I might have met or even seen this woman in the dumpster. She just seemed so familiar, even her pose in the state of rigor mortise was familiar.  While she was missing most her right hand her right arm was held straight up if she might have been holding something when she died.  Her left hand, while also badly damaged, appeared to have been holding something in a downward position, I couldn't make out what.  But the longer I stared the more familiar the body became and then I began to image what the woman might have been holding. Gradually through my mind's eye I could almost see her face and head. And then as her image became clearer I recognized her and what she had held in her right hand. The lady had been holding the torch of freedom. She was the stature of liberty.  No wonder she seemed familiar, I had been looking at her image all of my life.

Posted by Betty Krawczyk at 12:59 PM No comments:

Will Trump get his police state?

Posted by Betty Krawczyk at 10:14 AM No comments: