A PERFECT STORM OF CORRUPTION 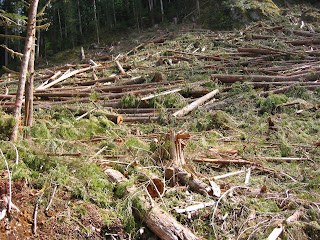 A Perfect Storm of Corruption
Well, corruption has been with us all along, right? Government, corporations, organized crime; we eat their life systems every morning for breakfast, so what? The “what” is that these systems are now converging to the point where nothing much can function except the corruption. And all these different branches of corruption sit atop the rotten carcass of our banking system.
Okay, talk of banking systems make people’s heads ache. It makes mine ache, too. Who the hell can understand the banking system? It’s like lawyer’s talk, or mathematicians talk, or physicist talk…it’s a whole different language. And that’s why we have to labour so hard to understand it. But understand it we must or we will shrivel and die as a people. Literally. Exaggeration? I stand accused. But I tell what I see and write what I think. And I, as well as others, can see the perfect storm gathering on the horizon.

The private banking system, domestically and globally, is the eye of the storm. Yes, we all know this at some level, and many are getting a real hate on for the banks because of the huge bonuses paid to the executives. But those bonuses are small winds compared to threatening tsunamis roaring over our oceans and lands because of The Royal Bank, Scotiabank, CIBC, Toronto Dominion and others. What’s so bad about these banks? The way they lend money. Money they don’t actually have. If they don’t actually have the money, you may ask, how do they give loans?
When any of us go in into a private bank ( 95 per cent of loans in Canada are given by private banks) to apply for a house loan (mortgage, or whatever) we are under the impression the bank has the money to lend to us. But they don’t. The tiny fraction of reserve they hold compared to what they have loaned out (four billion held in reserves nationally compared to the one point five trillion they have loaned out) they can’t possibly have the actual money to loan. So what do the banks do? They counterfeit some new money. Their own printing presses? Sort of. They write up official pieces of paper that says in the future you will pay real money back to them along with compound interest on your loan of their private bank bogus money.
Can we as a people comprehend that our banks are private Ponzi-like schemes that are threatening to implode and that we, as innocents, are collateral damage? And that it doesn’t have to be? The federal government is allowed by law to borrow from the Bank of Canada, the people’s bank. Without interest. Certainly not compound interest. Then why aren’t we doing business with our own bank instead of private banks that charge compound interest? Because our heads of governments and heads of private banks do business together, profit together, and are, with few exceptions, crooks together. If we can recognize this, as a people, then we can do something about it.
Posted by Betty Krawczyk at 4:36 PM 1 comment:

OhCanadaMovie.ca and Me
This film by Dan Matthews of Mathewsmedia.ca is, for me, like a comet blazing across the sky of my understanding of our banking system. I started wondering about the banking system years ago when some renegade economic guy (Harry Browne, recently deceased) wrote a book in 1970 entitled “How to Profit from the Coming Devaluation”). I wasn’t impressed with the man’s libertarian attitudes, but I was impressed with his simple explanations of the banking system.
Harry Browne told me (so to speak) that whenever I put a hundred dollars in the bank, that this hundred would be loaned out and then when I spent the hundred myself there were now two parties spending the same hundred. Browne also clued me in on how going off the gold standard meant that the only thing backing the US banking system was faith in US production. Well, that seemed kind of iffy to me, even then. But now, with Dan Matthews telling me in this film OhCanadamovie.ca that the reason Canada is now in a debt position is because of the compound interest the private Canadian Banks charge on all loans. And then he goes on to tell me that these money loans that we think the banks actually have when any of us make a bank loan for anything is something the banks actually have on hand. It isn’t so. When any of us make a private bank loan (of which ninety five per cent of all loans in Canada are from private banks) they don’t actually have that money. Well, how can they say they’re giving you a loan of actual money when they don’t have it and then demand that you pay back compound interest on money they didn’t have in the first place, that they just generated out of thin air?
Well, it’s legal. According to an interview with Paul Martin on OhCanadamovie.ca the Bank of Canada Act (1934) was modified in early 1991-92 and then modified some more by Paul Martin a few years later until the private banks now don’t have to have any money in reserve when they make loans. Absolutely none. The outcome of this is that the banks have out in loans one point five trillion dollars while only keeping four billions of real money in the bank vaults. And the banks are collecting one hundred and sixty million dollars a day, including provincial and federal debts, or sixty billion a year. And this is real hard earned money from Canadian workers, not the fake money the banks created out of nothing in order to suck up real tax payer money. And the government doesn’t have to make loans from these private banks there is the Bank of Canada that belongs to the people and doesn’t charge interest at all to the government. Please watch this movie. It’s on YouTube. And an aside…I’m reading from my books at The Laughing Oyster Book Store in Courtenay on Vancouver Island Saturday afternoon at one o’clock. Anybody in the neighbourhood at that time, do drop in.
Posted by Betty Krawczyk at 6:05 PM 1 comment:

STEPHEN HARPER, LEO STRAUSS AND WHY PARLIAMENT GOT PROROGUED

Stephen Harper, Leo Strauss, and Why Parliament got Prorogued

Who was Leo Strauss? No, not a classical musical composer or some famous German politician. He was a political philosopher. He died in 1973. I know this because Donald Gustein told me so in an article published in the Tyee in August 2008. I kept this Tyee article because it seemed to offer clues to Stephen Harper’s thinking. In what way, you may ask?
The most important question, at least to me, is why does Stephen Harper think we’re all so dumb? The man has to have an extremely low opinion of public intelligence in general, and of citizens who try to take part in the political process in particular. But where did he get such a low opinion of us? How could Mr. Harper prorogue parliament not once, but twice without adequate explanation? The second time he used the budget as an excuse. He had to give the budget unusually weighty thoughts, he claimed. About how to keep everything essentially the same, it turned out, except more tax cuts for the banks and corporations. What is it that contributes to this Prime Minister’s thinking that allows him to do whatever he likes in whatever undemocratic ways he pleases because he assumes we, the body politic, are essentially stupid?
Enter Leo Strauss and his philosophy. Stephen Harper is a follower of Strauss, who according to Gutstein, believed in the inherent inequality of humanity: “Most people, he (Strauss) famously taught, are too stupid to make informed decisions about their political affairs. Elite philosophers must decide on affairs of state for us.) And that is certainly how Stephen Harper acts. He’s the elite philosopher and we’re the stupids. And he has friends in other followers of Strauss both in his own party and in the US: Paul Wolfowitz, head of the World Bank, ex-deputy secretary of defense under George W. Bush; Allan Bloom and Walter Berns who taught Wolfowitz all about Leo Strauss’ utter contempt for democracy at the University of Toronto during the 1970’s. In turn two of their students, Ted Morton and Rainer Knopff went on to the University of Calgary where they specialized in attacking the Charter of Rights and Freedom. The list goes on and gets entwined with “The Family” which is a Christian political organization in the US which believes that the elite win power by the will of God who uses them for His Own Purposes. This is also a powerful political group that loves dictators and loathes democracy. How is it that we as citizens allow men (and women) who work to bring down democracy in our own countries to come to such political prominence? Are the neo-cons right after all? Are we really so stupid that we can celebrate circuses (Olympic Games) while our democracy is burning? While our own life support systems, both economically and environmentally, are being shredded to the bone by dreamers of Christian “rapture” and Straussian elitist dictators? I personally do not agree that we are stupid. But I do think we are asleep and we have to wake up. Soon.
Posted by Betty Krawczyk at 5:34 PM 2 comments: