the women's party and frankenfish 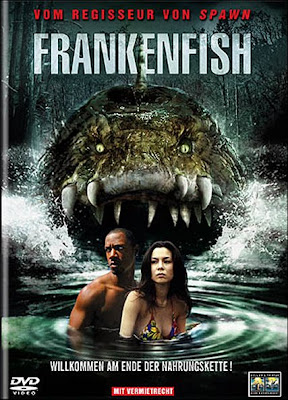 It has come to the attention of The Women’s Party (a recently formed group composed of women interested in the health, legal and environmental rights of citizens) that your government has given permission for the rearing and researching of genetically modified salmon in West Vancouver, British Columbia. We are very opposed to hosting genetically modified salmon in our province for research or otherwise. The Women’s Party is very concerned with the food supply and distribution in Canada as well as the source and nature of the nation’s food supply.

The reasons for The Women’s Party opposition to Genetically Modified fish being on Canadian soil are as follows:

1. The public has not been warned or advised or instructed concerning the following:
2.
(a) In a Department of Fisheries and Oceans facility in West Vancouver, scientists are raising and studying Pacific salmon that have been genetically altered. Scientists have developed a method of splicing the genetic structure of Pacific salmon to include genes from Atlantic salmon, genes from eels and rapid growth hormones. The result are enormously altered fish that can grow up to ten times the size of a regular salmon and eats enormous amounts of food (Dr. Bob Devlin, North Shore News, March 25, 2011).

(b) These genetically modified salmon are the very first animal in all of human history to, first, have their genes altered with material from

other animals, and secondly, to have this altered fish patented. There
have been studies published that suggest that should any of these
fish escape, they could mate with wild, unaltered fish
although they are supposed to be sterilized it is not 100%) and run
the risk of escaped breeding which could contaminate large numbers
of wild salmon.

(c) Should escaped breeding occur with these patented fish the corporations who hold the patents could then claim they then own all the salmon within a certain river or coastline.

(d) The Women’s Party claims that raising GM fish in West Vancouver is not only posing unacceptable risks for the natural fish population in British Columbia, but also transgress a moral line. We see, as can most reasonable people, that giving a patent on a living, breathing animal such as a fish that has been genetically altered, is to open the door to patents on most animals of the world which could lead to one or two companies (Monsanto comes to mind) owning all of the salmon, chickens, pigs, cows, horses, etc. in the entire world.

(e) We believe that by transgressing this moral line we will be altering human consciousness to consider all animals as playthings of humans to alter as they like. We consider this to be the most profound disrespect possible to animals.

As the permission for sale of Genetically Modified Salmon to the public is now being debated in the US ( with past employees of Monsanto as advisers urging it’s passing), and we know that once passed in the US there will be much interest from fish farms in British Columbia for these fish, we demand that the Office of the Prime Minister respond to our concerns as soon as possible.

NOTICE!
I am trading in word blogging for video blogging. It's easier and more fun. Please view my first offering at :http://www.youtube.com/watch?v=9B6y3-ViIxU
Please comment

AN APPLE FOR THE TEACHERS
With the teachers’work action dogging the BC Liberal government, does anybody remember Christy Clark’s vitriolic remarks about the teacher’s union when she was Minister of Education (2001-2005)?  How her thinly veiled, and not so thinly veiled, remarks about how the out of control greediness of school teachers were harming our children and how parents were demanding immediate reforms to the school system?
Well, under Gordon Campbell and Christy Clark our school system certainly got reformed.   Or deformed. But was it true even back then parents were demanding school closures?  That parents were yearning for more students per teacher?  Was it true that parents felt librarians’ were unnecessary?   And that parents thought it didn’t matter how many children with learning disabilities were in classrooms without adequate teaching assistants?   Was it true that parents were against school lunch programs in certain schools, and full funding for kids’ school supplies? Was it true that parents thought music and art programs for their children were absolutely frivolous even when studies of how these activities help children learn proved otherwise (Premier Clark has no university degrees in anything, much less in education.)
But we know now, as then, that parents were really longing for smaller class sizes, more teacher assistants to help increasing numbers of children with learning disabilities , school librarians, music and arts programs, and school funded school lunches where they are needed, good physical education programs,  and adequate school supplies among other things.   And contrary to Premier Clark’s spin, most parents want to feel that their taxes pay their teachers on par with other Canadian teachers.  But Christy Clark’s government is pleading poverty.
However, if the province was and is so poor that it couldn’t, and can’t, provide adequate schooling for its children, where did all those billons, $4.33 billion of them, (Vancouver Sun) for the Olympics come from?  And how is it that Christy Clark’s government can happily cough up $365 million for BC Place Stadium for adult games and entertainments while children’s education is cut to the bone and their teachers treated with contempt by the same government? 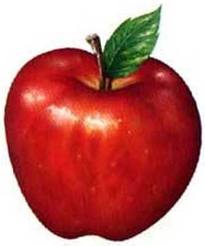 And while two million dollars doesn’t sound like much in the face of other spending priorities of the Gordon Campbell-Christy Clark government, this sum bought guilty pleas from Basi and Virk in the BC Rail scandal.  Our (of course it was ours) two million went to these two confessed crooks just as blithely as the other millions and billions under BC Liberal priorities flew and fly to contractors and money changers, which drain funds from education and health care.
In the BC Rail trial, defense lawyer Michael Bolton said Christy Clark had participated in the scandal by providing government information to lobbyist Erik Bormann while she was acting as deputy minister of BC.  These accusations were not proven in court because Basi and Virk were bought off before they could testify. But as these accusations are out there, in the public domain, wouldn’t Premier Clark, if she is innocent of any illegal wrong doing, want to clear up this shadow on her name?
Wouldn’t that be a wonderful lesson in democracy for school kids if Premier Clark said that she wanted to prove,  without a shadow  of a doubt, that she was, and is, not guilty of criminal activity, and called for an independent investigation into the BC Rail sale?  Wouldn’t that be a wonderful lesson, all over Canada, of how premiers should act when accused of criminal activity?  Instead of bad mouthing school teachers, Premier Clark, how about acting as a teacher yourself, which is what leaders are supposed to be?  And as you have no fall election to worry about, you have lots of time to do this.  Show this province what a real leader and teacher looks like.
Posted by Betty Krawczyk at 8:31 AM No comments: 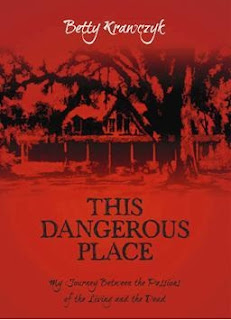 Reading / Meet the author
"This Dangerous Place"
Chapters Downtown
7:00 pm - 8:30pm
Thursday, September 15th
788 Robson Street (@Howe)
Local legend Betty Krawczyk's new book "This Dangerous Place,  My Journey Between the Passions of the Living and the Dead " is hot off the presses.
Betty, currently living in Cumberland, will appear at Chapters in downtown Vancouver for this not-to-be missed reading and meet & greet.
More About the Book: Betty Krawczyk’s characteristic sharpness of wit and evocative Southern-based turn of phrase make THIS DANGEROUS PLACE  an immense pleasure to read.  And like any cherished moment, the book is a delight to recall after inhaling its last pages. Krawczyk’s personal, idiosyncratic story transcends the particularities of time and space and takes you to a deeper place within yourself, a place of new possibilities.
(Producer/Director) FURY FOR THE SOUND; The Women at Clayoquot
Betty Krawczyk:
Born American 83 years ago, but reborn as a Canadian in 1966, she fell in love with the old growth forests of British Columbia at first sight.  Now a great-grandmother she lives, breathes, writes and speaks of the necessity of saving our public resources for the people of British Columbia and Canada.  She has spent over three years in the jails and prisons of British Columbia for blockading corporate logging trucks in public forests.
Krawczyk has written three other books: CLAYOQUOT: The sound of my heart,  LOCK ME UP OR LET ME GO and OPEN LIVING CONFIDENTIAL.
Betty Krawczyk lives and works in the Comox Valley on Vancouver Island.  You can contact Betty at bettykrawczyk.ca or  betty.krawczyk@gmail.com
Books: www.schiverrhodespublishing.com Blog: http://bettysearlyedition.blogspot.com
Posted by Monika Marcovici  acting agent for Betty Krawczyk at: monika@greenworx.com
Posted by Betty Krawczyk at 5:31 PM No comments:

Women’s Party Meeting Reminder
Sept. 14th,  7pm
We are asking women interested in attending the next Women’s Party Meeting on Sept. 14 at 7pm to register with Gail at:  gcotter@shaw.ca by Sept. 7th if possible.  We need your replies in order to decide where to have the meeting but whatever is decided will definitely be easy to get to by bus or car.  So email Gail by Sept. 7 to register and we will see you on September 14th at 7pm.  With your ideas, hopes and dreams for a more equal and happy society.  Betty K
Posted by Betty Krawczyk at 12:26 PM No comments: