One Musn't Speak of Injunctions

Was I surprised at the denial of my application for Release Pending Appeal by the justice of the BC Supreme Court?
No. Not at all.
I was entirely aware when I applied that had I committed murder, or some other heinous crime against a fellow citizen, that I would have been much more likely to have gained release pending appeal.
The reality is that our BC courts don't heavily censure crimes against persons. But anything, anything at all, no matter how physically peaceful, but that in any way might threaten corporate rights, to plunder community health, social and environmental assets, will suffer the fierce and mighty fist of BC Supreme court displeasure.
This fierce and mighty fist will come down wrapped in the leaden paper of court ordered injunctions, tied with the deadly string of contempt of court charges.
And the justification?
One musn't draw attention to the fact of BC supreme court's use of injunctions to quell citizens' dissent. No, one musn't talk about injunctions at all. Especially to the press.
One may be arrested under injunctions, charged and tried under injunctions, sentenced to long prison terms, and may even die under an injunction as Harriet Nahanee died, but one musn't speak of injunctions to anyone.
Isn't that silly? Isn't that against all common sense?
And for this, I was denied release pending appeal.
So I'll be in prison for 3 more months, but that' OK. They can lock me up forever, but that still doesn't make it right for BC supreme courts to strip their citizens of their most precious hard won right :
That of freedom of speech.
Betty K
Books: http://www.booksofbettyk.com/
Posted by Betty Krawczyk at 11:29 AM 2 comments:

Listen to Coop radio 7PM Wednesday June 27 to catch Dorothy Christian and friend, Betty Krawczyk (to be confirmed) Sue Rowan (to be confirmed) and Monika Sheardown.
Focus is the struggle of people to create an alternative way of running the economy and development that is not dictated by the bottom line. Dorothy is organizing the coming July 5th conference "Protect our Sacred Waters".
Posted by Betty Krawczyk at 1:30 PM No comments:

For the Love of John and Jane Doe 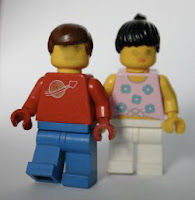 I am Jane Doe. Or was. So was Harriet Nahanee. That's how we were described in the Eagleridge Bluffs injunction (ordered by Mr. Justice Grist) that culminated in Harriet's early death and my my own 10 month incarceration.

And I've been doing some thinking about this. One can only conclude that the judicial practice of allowing the dumping of hoards of unnamed citizens into the Jane and John Doe category is a dangerous one. Both in reality (Harriet Nahanee's untimely death and my own imprisonment at Alouette) and in principle. It is certainly undemocratic not to have the dignity of your own name
listed in a judge's order (injunction) that may incarcerate you or even kill you.

The real reason Harriet and I we not included in the injunction under our real names was because Mr. Falcon, BC's Minister of transport, and Kiewitt & Sons didn't want to themselves be seen as prosecuting us. They wanted Madam Justice Brown to do the prosecuting. And Madam stepped up to the plate with Contempt of Court charges, which then pitted our Offices against her Offices. The Supreme Court of BC has mighty offices indeed. We all know who died and who's is prison. However, at least during the Contempt hearings, I was called Mrs Krawczyk in court, instead of Jane Doe. And I thought when the original injunction came up for renewal, (May 15th) that I would be allowed to apply to speak against the renewal of the injunction on the grounds that I was one of the Jane Doe's on the order. This is customarily granted, especially if one is incarcerated under the order. But silly me. I was cut off at the pass. I was told the entire category of Jane Doe had bee eliminated on the order. And as my own name wasn't on the application either, I had no right to speak against the renewal, even though I am imprisoned by it.

I was, and remain quite stunned by the brilliance of the government and the corporate lawyers. But why shouldn't they be brilliant? They are the best that our tax payers' money can buy. And I am just as stunned by our own BC Supreme Court's willingness to legalize a process that demonstrates how a court system protects a corporate system; both of which are arrogant, rude, lazy, and hold contempt for due process of law and the rights of cititzents involved in environmental dispute.

I protest. For myself, for Harriet Nahanee, and for all of the disappeared Jane and John Doe's of the world.
Betty K

Stand Up for Harriet Nahanee!
People across the British Columbia were shocked by the 14 day jail sentence handed down to 71 year old native Elder Harriet Nahanee in January, 2007 for peacefully protesting while inside an injunction zone (on unceded indian land) at Eagleridge Bluffs. Harriet served 9 days in prison at a maximum security pre-trial facility. She had filed an appeal, but became gravely ill and died from pneumonia shortly after being released from prison.
A petition that raises specific concerns surrounding Harriet Nahanee’s sentencing is in circulation. It demands that our elected officials call an immediate public inquiry into the handling of this case.
Please honour a very courageous native elder by reading the petition, signing it and passing the link on to others on your contact lists.

The Supreme Court of BC must be held accountable for their actions in this case. It is the duty of our elected officials to ensure that a full and public inquiry is held.
http://www.thepetitionsite.com/takeaction/489201922 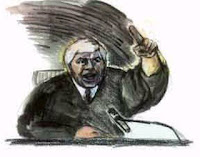 Betty Krawczyk's application for release pending appeal was refused, following Justice Finch's decision. The decision was not surprising as no one was there to represent Mrs. Krawczyk for the application. Strangely, in the citation included below, it lists that the judgment was made "Before : The Honourable Chief Justice Finch (In Chambers), with B. Krawcyzk on her own behalf, and M.J. Brundrett, Counsel for the Respondent (Crown)." However, Betty was not present to "represent herself on her own behalf," nor was anyone else.

As this case continues, our judicial system is becoming an increasing embarrassment to British Columbia and Canada. Our citizens are stripped of their democratic rights when the come up against the interests of corporations and of a self-interested government, one claiming to be "Green", hosting a "Green Olympics", welcoming Governator Arnold Schwarzenegger and his advisors.

The full text of the judgement is below. Please write to the following politicians to state your opinion on the handling of justice in our province.

COURT OF APPEAL FOR BRITISH COLUMBIA

Reasons for Judgment of the Honourable Chief Justice Finch:

[1] Mrs. Krawczyk applies in writing for release from custody pending her appeal against conviction on 8 February 2007 for criminal contempt of court, and against the sentence imposed on 5 March 2007 of ten months in custody. Her appeals are as of right under s. 10 of the Criminal Code.

[2] The Crown opposes the applicant's release. With respect to both the conviction and sentence appeals, the Crown concedes that Mrs. Krawczyk has established that she will surrender herself into custody if released. However, the Crown contends that she has failed to establish on a balance of probabilities that her appeal against conviction is not frivolous, her appeal against sentence has sufficient merit, and that her detention is not necessary in the public interest (see s. 679 (3) and (4)).

[3] In the affidavit Mrs. Krawczyk has filed in support of her application, she says she is not a security risk, will not repeat her contemptuous conduct and, as a self-represented litigant, would be better able to prepare her appeals if she were not in custody.

[4] The applicant's grounds of appeal against conviction are that she was denied the right of trial by jury, various of her Charter rights were infringed, and the judge hearing the contempt proceedings refused to recuse herself. I can see no merit in any of these grounds. This Court has previously held there is no right to a jury trial in contempt proceedings such as these. There is no constitutionally protected right to breach a court order. I see no substance in the allegation that there was an appearance of judicial bias in the judge who heard the contempt proceedings.

[5] As to the sentence appeal, Mrs. Krawczyk has previously been convicted of criminal contempt of court on four occasions. The longest sentence imposed was six months. There is little prospect that a division of this Court would interfere with the sentence imposed.

[6] The appellant has not shown that her continued detention is not necessary in the public interest. Her contempt for the court's order was deliberate. She repeated her open defiance of the order, well aware of the effect of her conduct, for the purpose of attracting media attention. The probable discharge date from her sentence is 25 September 2007. It is likely her sentence will be completed before this appeal could be heard.

[7] Release pending appeal would effectively provide the relief Mrs. Krawczyk seeks on appeal, without a proper consideration by a panel of this Court of the merits of either the conviction or sentence appeals. The Court's processes should not be short-circuited in this way.

[8] The application for release pending appeal is refused.

“The Honourable Chief Justice Finch”
Posted by Betty Krawczyk at 12:19 PM No comments:

Betty Krawczyk's Application for Release pending appeal will be heard tomorrow Tuesday June 12. She's served 3 months of her 10 months jail sentence time, needs to be out in order to bring her appeal to court. The Crown will be presenting a 125 page factum of reasons citing why Mrs Krawczyk shouldn't be released.
However, there will be no one at the application hearing to represent Mrs Krawczyk. The Crown has stated that she could not be there, and as Betty is self-represented, there will be no one in court to speak for her.
Mike Brundrett, the council for the Crown, is saying that Mrs Krawczyk's appeal is "frivolous". Betty's position is that the Crown's position is frivolous, because the issue that is being dealt with in this case, impacts every man, woman and child in British Columbia.
The application will be heard in the Supreme Court of Vancouver, tomorrow, Tuesday June 12th 2007. For details on time please inquire at the information counter.
Posted by Betty Krawczyk at 8:37 PM No comments: