From the University of California, Berkeley, have come many break through scientific discoveries , both in the so-called hard sciences (physics, chemistry, biology) and in soft sciences such as anthropology and psychology.   I’ve long held UC Berkeley, in the highest esteem, particularly their anthropology departments.  Why? Because this department uses hard science methods (carefully controlled experiments) in the so called soft sciences while testing their own thesis.  But the latest bomb shell to come out of UC, Berkeley is all hard science.  And it is as scary as hell.
What could be scarier than hell?  The road to getting there.  Can you imagine a world where most of the males in the world, both human and non-human, are sterile   and suffering from reproductive deformities of all sorts?  Where  the biology of men is so confused they began to grow eggs instead of sperm?   Where women can no longer nurse even when they have men whose sperm is viable enough to fertilize their eggs because their breasts are cancer ridden?  Enter Dr. Tyrone Hayes, professor of integrative biology  at UC, Berkeley.  (Democracy Now 2/21/2013):
“Well, here at Berkeley I was already studying the effects of hormones and the effects of chemicals that interfere with hormones on amphibian development.  And I was approached by the manufacturer  (later to become Syngenta) and asked to study the effects of atrazine, the herbicide, on frogs.  And I discovered that it interfered with male development and caused males to turn into females, to develop eggs, the company tried to prevent me from publishing and discussing that work with other scientists outside of their panel.”
Of course Syngenta would try almost anything to shut Dr. Hayes up.  Syngenta is used on more than half the corn crops in the US and widely used on golf courses and Christmas tree farms (Democracy Now).   It is a highly lucrative business.  But what does the use of Syngenta on corn that is already genetically modified (I understand most corn in Canada and the US is now genetically modified) mean?  And that the corn syrup from this chemical soup is now in most packaged or bottled or canned food we eat or drink? God/goddess, have mercy on us!  Even China has recently refused 60,000 tons of corn imports which contained unapproved transgenic contents (China Daily 2013-11-30).  Back to Dr. Hayes on Democracy Now when questioned by Amy Goodman:
“What were the abnormalities you found in frogs, the gender-bending nature of the drug atrazine?”
Dr. Hayes:   “Well, initially we found that the larynx, or the voice box, in exposed males didn’t grow properly.  And this was an indication that the male hormone testosterone was not being produced at appropriate levels.  And eventually we found that not only were these males demasculinized, or chemically castrated, but they were also starting to develop ovaries or starting to develop eggs.  And eventually we discovered that these males didn’t breed properly, that some of the males actually completely turned into females…”
One could reply, but Dr. Hayes, your experiments were just on frogs.  People aren’t frogs, right?  But Dr. Hayes went on to say:
“But I’ve just published a paper with 22 scientists from around the world, from 12 different countries, who have shown that atrazine causes sexual problems in mammals, that atrazine causes sexual problems in birds, amphibians, fish.  So it’s not just my work in amphibians.”
In mammals?  That’s us.  We are governed by the same sex hormones as all of the above.  But what has happened to Dr. Hayes who published these findings in the most prestigious science journals?  Harassment.  Threats.  Attempts to discredit him.  And the position of his university?  The University of California at Berkeley? Did they take up for Dr. Hayes?  They did not. When he went to his vice chancellor for research for help and then to the university lawyer he was told:
“Well, I represent the university, and I protect the university from liability.  You’re kind of on your own.”   And I (Dr. HAYES) remember I looked at him and I said: ‘But the very university, from the Latin universitas, is a collection of scholars and students, so who is this entity, the university, that you represent  that doesn’t include me?”
Good question, Dr. Hayes.  Who indeed?  The universities in Canada and the US seem to no longer even represent the people studying and teaching in them, much less the general population who pays for the universities.
But universities are now also being supported by pharmaceuticals who use their contributions as tax write-offs while giving them a great say in what will be researched and how it will be researched.  And if they don’t like the result of a particular research they can make a whistle blower like Dr. Hayes as miserable as possible.  And in the meantime, young and old and in vitro, continue to be exposed to the gender bending drug atrazine produced by Syngenta.  Shall we passively consume these murderous chemicals or shall we start thinking seriously of revolt?
See new posting on wwwmoherright.com THE BIG DIVIDE
Posted by Betty Krawczyk at 12:34 PM No comments:

Nobody is more representative of the human desire to understand and preserve the health of our planet than David Suzuki.  So why is the Canada Revenue Agency  inquiring into the political advocacy of Dr. Suzuki’s foundation?  At the behest of Ethical Oil who complained to Harper’s government about the political advocacy of environmental groups.  Ethical Oil is secured by the funding of oil and gas interests while also enjoying the benefits of NGO status.   I believe these interrogations into the political advocacy of the Suzuki foundation is happening for the same super- scary reasons that Harper’s new citizenship bill (Bill C-24) will probably be passed.    Bill C-24 will give the Harper government “unprecedented authority to strip Canadians of their citizenship” (thestar.com, Frank Gunn/The Canadian Press).  And then we also have Harper’s “Fair Elections Act”.
Isn’t it precious how the more treacherous that the Harper government becomes to Canadians, the smarmier the Harper people’s language gets?   Fair Elections Act, indeed.  According to the Council of Canadians (Feb.11, 1014 web site) this act will stop voters from using the voter card sent out by Elections Canada as valid ID which will mean some First Nations, seniors, people without a driver’s license, homeless, young people, etc., may not be able to vote.  The bill even forbids Elections Canada from encouraging people to vote though any kind of an ad campaign. This bill also denies the right of the election officials to demand financial documentation to support financial returns, and muzzles the Chief Electoral Officer from making allegations of electoral fraud public.  Sound like the Tea Party?
Together with the new Citizenship bill (Bill C-24) that would take away Canadian citizenship from anyone Harper deems a threat to Canada ( i.e. a threat to his government).  Again quoting Frank Gunn “Current law lets the government strip naturalized Canadians of their citizenship only if they obtained their status fraudulently.  But no more.  Bill C-24 would let the government unilaterally strip citizenship from any Canadian-naturalized or native born-who has been convicted in any country of a terrorist offence and sentenced to at least five years in jail.”
Terrorist offence?  Will it now be described as a terrorist offence when citizens use peaceful civil disobedience to block bull dozers with their bodies?  Will this be considered the same as a suicide bomber?   Will it be considered a terrorists act to gather in protest around the parliament buildings?  Am I being paranoid?  Aw, but I remember the last time I was in court  (2007) for Criminal Contempt of Court (Eagleridge Bluffs)   the Crown asked  the judges at my sentencing to consider that I was a habitual offender (like the most awful unredeemable child rapists)  and should be sentenced as such.  Which brings me back to the David Suzuki foundation.
Yes, of course Harper is after environmental groups.  Especially the great environmental teacher, David Suzuki, along with his foundation. People associated with this group and other environmental groups, and who contribute to them, are not likely to vote Conservative.  Neither will duel Canadian/American citizens like myself.  And there are a lot of Canadian/Americans who came to Canada during the Vietnam War and later, who became citizens and  who will never vote Conservative.
So Harper’s aim seems to be thus…if he can’t convince citizens to forgo science and global warming in favor of religion and earth destruction, then he must intimidate the environmental groups who believe in science before religion, he must restrict voting rights for others who crave social justice, and for the intractable ones who won’t vote Conservative and instead actively engage in civil disobedience, then he must write a bill that will expel them from Canada altogether.
Our premier seems to have a mission far beyond financial austerity measures.  And that mission is to align Canada, along with his cabinet, to both the Canadian and US tea partiers, who are of the same religious fundamentalist bent and who depend on Israel to bomb Iran into World War Three in order to bring the Armageddon and of course, the “Rapture”.  There is no sense in this.   We need some kind of a people’s brigade.  Another Occupy movement, but with a collective leadership that is stable.  Am I just dreaming? 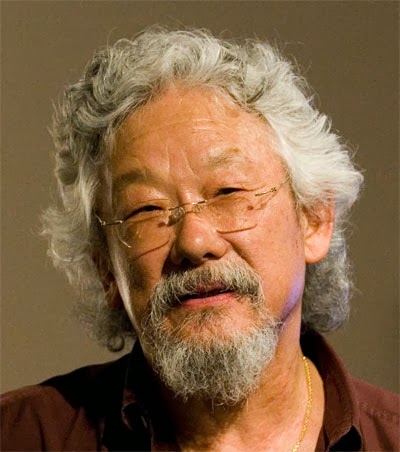