No. 5 The Divided Brain: Indigenous ways of seeing and the pipeline blockade 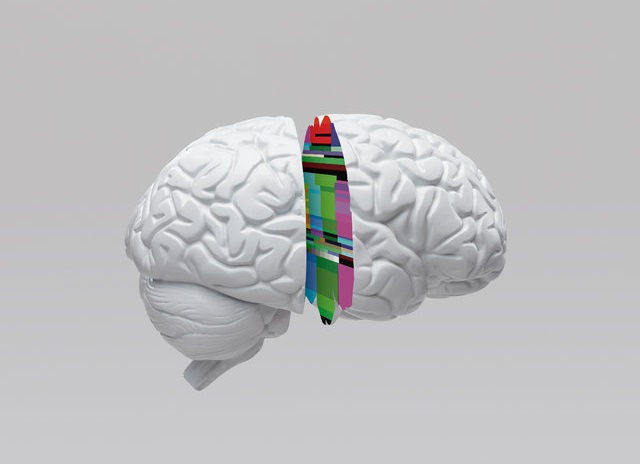 The last days have seen actions being led by hereditary chiefs of Wet’suwet’en Nation in the west and the Mohawks in the east of Canada. To tell the truth, I’ve been waiting a long time for this and I know Harriet Natalee’s spirit is smiling all around both Canadian coasts. Harriet Nahanee carried the Mohawk flag into what proved to be her last blockade at Eagle Ridge Bluffs (2017) and a prison sentence that hastened her death.

The judges who give out the injunctions that led to Harriet’s demise are still giving them out, the same injunctions that protect corporate interests. These judges only see the world with the left hemisphere of their brains. This is the hemisphere that according to some currently studying the human brain, sees only what is directly in front of itself, unconnected to the whole.  The judges have spent so many years thinking this way their right brains have become dormant.

But given the chance their brains could become unified again. This would enable their right brains to insist that their left hemispheres must consider all of the subtle and obvious interconnections of the natural world before the left brain acts, including the human role as caretakers of the land and waters of the earth. But how to make the judiciary, who acts for immediate corporate interests instead of long-term environment and the people start valuing their right brains?  Good question.

Before the scientific revolution (roughly the 16th and 17th centuries) most people used both sides of their brains when considering their relationship with the earth. The earth was understood as one whole interconnecting being who gave life to all. When the earth was injured, they were also injured. We have recently seen how the whole world is trying to shake off a capitalist system that transforms all that is truly beautiful and life giving into only salable commodities. But this is difficult. Because there are these social mechanisms that are built by left brain technocrats that gives rise to certain outside rules and regulations that favour this way of seeing. These mechanisms tell us what to eat, drive, and think, and if we resist there are the laws backed up by a police force built into the systems to keep us from actually acting.

When the scientific method – in order to uncover nature’s ‘secrets’ – began to divide bits and pieces of nature from its surrounding connections, this way of seeing began to change how nature itself was to be considered. Now nature is now seen as a conglomeration of exploitable parts that could bring big money.  Nature was now for sale.

This newfound left brained ability to isolate micro entities without consulting with the right hemisphere (which sees the whole) has resulted in entire societies being colonized. A few indigenous peoples are standing and showing us how to see with both sides of our brains. They are fighting for their land and waters, the preservation of wild life, preservation of their own ways of being, of believing. In the process, are also showing the rest of us that our left brain’s desires for getting, buying, consuming, competitive showing off, individualist preening, indifference to the suffering of others, are not the only ways to live.

Let us not only celebrate these few who are willing to risk the social repercussions of this way of seeing, but also actively follow in their footsteps. Our right brain is still there, sitting in the right hemisphere, waiting for us to rediscover it. 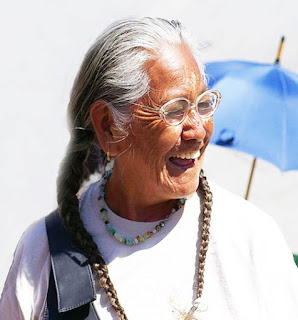 Posted by Betty Krawczyk at 11:40 AM No comments:

No. 4: The Divided Brain – Broken Relations

I think most people would agree that at the moment, the world is in a bit of a mess.  Political anger and discontent are the rule of the day in many, if not most, parts of the world. I remember during the Vietnam War when Robert McNamara (the US Secretary of Defense) remarked that the trouble with the world was that at any given time half of the world was asleep while the other half would be up raising hell. He himself was partially responsible for that disgusting war, but I thought he had a point. But not now.


Nobody sleeps anymore and the entire world seems to be raising hell at the same time. There are so many angry frustrated people in so many countries, thronging into their streets, with raised fists, or worse. Violence hangs in the air.  Unresolved wars threaten to reignite, legal and illegal guns spread over the globe. Mother Nature is angry, too, she is baring her teeth at all of us. Extreme poverty is on the rise, more people living on the streets while the stock markets soar. The political craziness going on in the US is accompanied by the rapid spread of a coronavirus that is crippling China and seeping out into the rest of the world.  How can we protect ourselves, our families and our communities? What are we to think about this unusual and frightening turn of events?

Renowned neurologist Iain McGilchrist at least gives us a clue. He describes how both sides of the brain hemispheres have different functions although they are structured to work together. He writes: “In general terms, then, the left hemisphere yields narrow, focussed attention, mainly for the purpose of getting and feeding.  The right hemisphere yields broad, vigilant attention, the purpose of which appears to be awareness of signals from the surroundings, especially of other creatures, who are potential predators or potential mates, foes or fiends, and it is involved in bonding in social animals. It might then be that the division of the human brain is also the result of the need to bring to bear two incompatible types of attention to the world at the same time, one narrow, focussed, and directed to our needs, and the other to broad, open and directed toward whatever else is going on in the world apart from ourselves".

McGilchrist tells the story of a king who administers to a small kingdom with kindness and fairness.  Because of his good governance his kingdom grows and becomes so large he can no longer cover his enlarged responsibilities.  So the king appoints an emissary to help him administer to the outer regions of his kingdom.  As the emissary was a loyal subject to the king, he did his best to do good service and the king was grateful. However, as the Emissary began making more of the decisions in his territory he also began to think he no longer had to report back to the king about decisions he could make himself. In time he began to think of himself as being as good as the king, and no longer reported at all. He eventually initiated a palace coup and became the king, the people were duped and the domain collapsed in ruins.

In this story we see that the emissary is the left brain that became so puffed up with his own importance he no longer felt the need to report back to the right hemisphere who was the king for conformation that his decisions were the right ones, for the consideration of the whole.  Is this what is happening to our world?  That too many government leaders, too many bankers, too many corporations heads lead only with their left brains, without consultation or concern for the outcomes of their decisions as long as they get a hefty share of the money?  Next time.

Posted by Betty Krawczyk at 7:08 AM No comments: