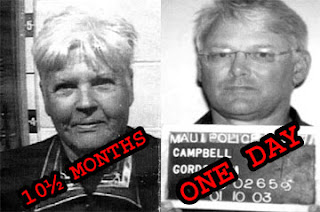 Be there early, 9:30 am, Wednesday, Sept. 22. Criminal Appeals Court. 800 Smithe Street. Back steps of courthouse, Howe and Robson. Speakers. Bring your banners and drums. The courts hold the key to our being able to protest with dignity as a right of all.
Posted by Betty Krawczyk at 6:24 PM