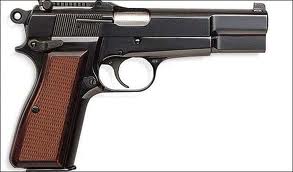 Yes, in West Van. Where the mayor lives. Ten people shot in a gang squabble just like in Mexico. How did so many young men in BC become criminal gang members? And how did they become first person shooters (the real name of some violent video games) in real life instead of living vicariously through the games they received from Christmas’ past like they were supposed to do? Am I blaming the violent video games for gangland behavior?
No. Only as a contributing factor. The main reason for gang violence is the same one that haunts Mexico. That all levels of government and business are still clinging doggedly to the business model of corporations which dictates in times of stress to downsize, computerize, and load off shore. Great. For the companies. But then what do Canadians, especially young people, do for jobs that will enable them to live reasonably?
Provincial and federal governments tell us that is a problem for the individual person even while they up the cost of living and education for all young people. So what can young people do when they can’t find jobs or earn enough to go to school? No answers from heads of banks, university or government economists. That’s because even the ones who recognize that we are all looking into the bowels of an economic upheaval won’t say so. Out loud. It takes a techie economist like Hank Williams (I don’t know if this Hank Williams sings) who works in, and reflects upon, how technology itself is bringing on a great upheaval. And to write about it.
In his article entitled : THE REAL PROBLEM WITH THE ECONOMY IS THAT IT DOESN’T NEED YOU ANYMORE: Williams says that due to technology It takes, and will take, many fewer people to produce goods for consumption, which in turn leaves the benefit of this increased consumption in the hands of fewer and fewer people. In 1995 Jeremy Rifkin (American economist and writer) wrote a book entitled THE END OF WORK. Riftkin said then what Williams is saying now. Work as we know it is being rapidly automated without consideration of the many young people trying to enter the job market. And too many young males are finding their own solutions to the problem.
Posted by Betty Krawczyk at 11:36 AM