Borsa Italiana
Doesn’t that phrase just roll off your tongue? Sounds romantic, doesn’t it? Actually, it’s the name of the Italian Stock Exchange in Milan, Italy. I was surprised to read about this stock exchange. It seems the Italian politicians are linking cocaine used by traders to wild fluctuations on the Italian stock market (Financial Post, Oct.15, 2011). Italians are in the process of “requiring stock traders to take mandatory drug tests…Italian savings may be invested by people not capable of making decisions due to drug use,” said Undersecretary Carlo Giovanardi.

Diane Francis, author of the article, goes on to tell us that “substance abuse has been cited as pandemic in London’s financial district with media reports of bars that allegedly routinely offer cocaine to clients by credit card, but describe the purchases as wine. Cocaine has been the drug of choice for well heeled financial types around the world for decades…”

Well, isn’t that interesting? Cocaine. So that’s one of the reasons the stock markets seem so wired and weird lately. When one thinks about this kind of hard drug being readily and regularly purchased by hay wire, hi wired stock traders along with the amount of uppers, downers, and pain killer prescription drugs doctors shove into people’s lives for physical and emotional pain, medical prescriptions that addicts patients as surely and soundly as crack does, and then there are the poor and homeless heroin and crack users, add this drug use to all the Ritalin and other like medications urged onto children too young to defend themselves, along with habitual pot smokers and alcoholics then what we have is a drugged nation, a drugged international community, and except for China perhaps a drugged word (I understand that treatment for drug addiction is mandatory in China and that identifiable drug pushers who prey for profit other than enough to buy their own drugs, get executed).

Occupy Vancouver had a number of addicts in the camp, three overdosed and one died. That’s about par for the course in the general population. However, because these incidents were so visible, and were suffered by people who were either homeless, or aimless, they provoked disdain and even disgust from some members of the public. But don’t look away, my friends, or you will see yourself, or a member of your family, or one of your dearest friends, or someone you admire, or work with, or are falling in love with, someone who is either beginning, coming out of, or presently enduring a similar nightmare of some kind of drug addiction.

But I, too, felt extreme disappointment when so much of Occupy Vancouver came to be about drugs in the public’s minds. On Oct. 15 there were four thousand people there in front of the Art Gallery. The issues that brought that many people out are still there and we can’t be frightened away by a problem that is pervasive and deep seated in all aspects of our society. We can’t allow ourselves to be frightened away from something that is only beginning, and has the potential power to bring a new, more equitable order to the earth. An order that Gaia will accept. 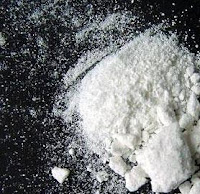