When the rains came 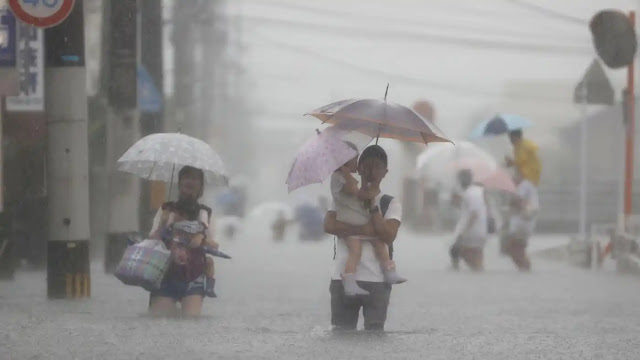 When the rains fell in British Columbia recently, bringing devastating floods and landslides, they also brought something else. That something else was, and is, the growing recognition that nature is not under the control of humans. We are now not only seeing, but experiencing for ourselves, first-hand that humans can harm the natural world but cannot control nature’s reactions.

Does anyone remember Dr James Lovelock?

He is the much acclaimed and award-winning independent British scientist. Remarkably, he is still working today at the age of 102. When his book The Revenge of Gaia (2006) came out it created quite a stir. His theory is that the earth is one organism, and because everything is connected in this organism, an injury in one part of the earth’s body is felt throughout the whole. If this is true, then humankind has been trying to beat the Earth to death one way or another for what feels like a very long time now.

Let’s just focus on the last 500 years, and the legacy of one prominent thinker of that time, Sir Francis Bacon (1561-1626).  Bacon was a titled English intellectual and philosopher who gained high esteem through his political and scholastic work. Although he got into financial trouble in his sixtieth year, and was disgraced, he also saw his release from external duties as an opportunity to give his undivided attention to his scientific studies.

He believed that the only way to study the natural world was to get it organized, labelled, and each part of an inquiry being separated from other parts in order to find the ‘true’ nature of any part. In other words, each part being studied had to be treated as an entity unto itself, fragmented and separate, apart from its relationship to anything else. Bacon wanted tangible proof of the function of every part of nature culminating in, he believed...’the commerce of the mind with things”. He was therefore one of the first to popularize the scientific method of inquiry into nature’s secrets. Thus, the world has moved forward, with the scientific method, in part due to Sir Francis Bacon, being faithfully applied to this day.

Many wonderful things have been produced by this method. I am alive today because of findings that have relied on the scientific method.

But there’s a real problem that we’re all beginning to see – that everything is connected to everything else after all.  We cannot treat the parts of the earth as though they do not belong to the whole. I believe the idea Bacon had concerning “commerce of the mind with things” as desirable to a certain point, but without any meaningful controls has resulted in “things” taking over the mind.

This is what Dr Lovelock has been trying to tell us for years now. His influential Gaia theory remains a central part of modern climate science, where the upper layers of rock, oceans, and atmosphere are all a single living superorganism which regulates itself as much as we humans do.

His book scared me, but also filled me with hope. He also proposes some radical ideas which are divisive. Whether you agree with them or not, it’s time to think differently because more of the same thinking will only bring more of the same consequences when the rains come.

Posted by Betty Krawczyk at 8:35 AM