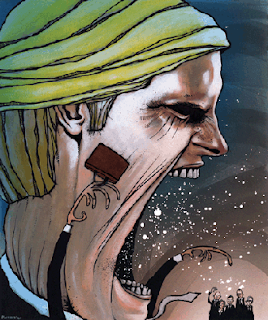 Christy, what happened to your cabinet? The media has rather congratulated Christy Clark on the slenderness of her new cabinet. After all, small is more manageable, right? Not in this case. Not if one ponders the full import of Steve Thompson’s new portfolio titled Ministry of Natural Resource Operations. Steve Thompson’s slogan is “One Project, One Process.” But what does this mean?

After reading Steve Thompsons Ministry of Natural Resource Operations service plan for 2011-2013 the intent of this service plan becomes somewhat clearer. Everything to do with our natural resources are to be held under Thompsons one portfolio and this includes Forests, Water, Energy, Environment, Mines, Tourism, Agriculture, and oddly enough, First Nations. But aren’t there separate ministries for all of these headings? Yes, but they don’t mean anything now. They have been hollowed out, gobbled up by the new Ministry of Natural Resource Operations. Christy Clark, you could boot at least half a dozen more out of your cabinet and you wouldn’t even notice. But what is the purpose of this amalgamation?

The purpose, under the heading of One Land Manager for British Columbia in their Service Plan for 2011-2013 on page 6, Steve Thompson explains: “This new structure will streamline government processes in the natural resource sector to better attract global investment and turn proposed projects and investments into actual worksites…” and same page, further down:..”The one project, one process approach for major investments creates a single framework that is timely, diligent, and science based.” In other words, all of the decisions made concerning our natural resources will be made swiftly by a few people in Christy Clarks new ministry, the Ministry of Natural Resource Operations. Very few people.

These people are making decisions that favor corporations who plunder the lands, waters, and the people of British Columbia and are doing it in our name. Who created this “One Land Manager for British Columbia?” This vicious reorganization that will swiftly accelerate the damming of our streams for US power, the increasing desire to fell every last old growth tree in this province, to nudge farmland into oblivion, to increase trophy hunting on Crown land, and to continue to work to divest First Nations of their rights in disputed territories? Whose brilliant idea? Gordon Campbell’s of course. He was, and still is, the “The One Land Manager”. He created this monster just before he left office. It was his last, swift kick in the pants to the people of British Columbian. Christy Clark? Steve Thomson? They will carry out Campbell’s mandate if they aren’t stopped. They must be defeated. What’s left of our natural resources depend upon it.