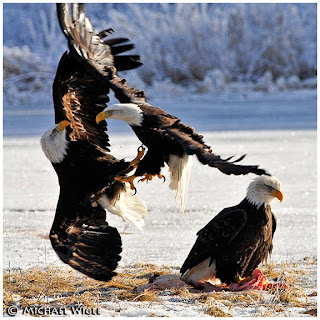 Fighting over scraps of public forests. That’s what we’re doing. Not even old growth, that’s all gone, but second growth. That was the scenario last Friday at Qualicum Beach. There was a rally, signs, speeches, citizen dedication and participation, all trying to muster support from the BC Liberal government against the logging of rare Coastal Douglas-fir in District Lot 33 in Nanoose Bay. The BC Liberal government sent excuses and the promise of more meetings. I was out front with my remarks. Unless citizens find the will to resort to, use, and support peaceful civil disobedience in defense of environmental integrity then we are whistling in the wind.

But Betty, some have told me, civil disobedience, even if it is peaceful, is against the law! How often I have heard that! But my reply is this…the law we are dealing with in British Columbia is grotesquely skewed in favor of the rights of corporations and opposed to the rights of citizens including First Nations. Like clean drinking water. BC Courts have refused to rule definitively that the people of BC have the right to clean drinking water. Fancy that. And the Harper government has steadfastly refused to introduce, or support, a national water program. How can we demand that we must save our watersheds from logging to protect drinking water when BC Courts have refused to rule that we have an innate right to clean drinking water? And the Harper government is meeting with corporations bent on damming our rivers for the US?

So log the watersheds, our courts have said, clear cut out the rest of the valleys, helli-log the mountainsides, drain the wetlands for development, dam up the streams for US hydro, destroy it all, slash and burn, who cares, certainly not Stephen Harper or Christy Clark. Harper is preparing for the Rapture of the Second Coming while meeting with corporate water mongers and Christy Clark is preparing for her role as provincial BC Liberal queen of 3’ps…more corporate pillaging, polluting and privatizing.

I heard this morning (CBC radio) that the US has agreed for Monsanto to plant genetically modified Alfalfa. Alfalfa is a huge crop on this continent; it feeds both people and animals. Monsanto intends to control the food supply of the entire world. And it will. Who will stop it? With no right to clean water and no control over our food supply and no right to halt the systematic destruction of our natural world what actually do citizens control? Nothing. Nothing of importance.
But there is such a thing as “ Natural law.” There is a lot of jurisprudence (legal discussions of law) around the concept of Natural Law. On page18 http://en.wikipedia.org/wiki/Natural_law last paragraph under the heading: In contemporary jurisprudence: “ …a law can be unjust without it being any less a law, (but) a natural law jurisprudence would say that there is something legally deficient about an unjust law.”

This is exactly what is happening to us individually, and as a people. We are bound by both “legally deficient” statute and case law that have been put there by corporate influenced judges (most have been corporate lawyers) and law makers. If we want our children to grow up sane and sound, or grow up at all, it’s time we all started looking at peaceful civil disobedience as a legitimate way to reclaim our innate rights as citizens in cooperation with First Nations.