FIRST NATIONS AND THEIR BACK TO BACK ACES
Back to back aces?  Yes, First Nations do indeed have back to back aces in their struggle to counter Harper’s determination to bleed Canada dry of everything that has made Canada respected around the world.  It has become glaringly apparent that Harper respects the rights of none, except those of his own select, very select, tribe.  Certainly our Prime Minister has contempt for all of the rest of us, as well as for our land and water, but he seems especially cruel to First Nation Peoples.  So what are these twin aces, you may ask?
Of course the first one that comes to mind is Chief Theresa Spence.  Chief Spence is just right ticked off about the treaty rights of her people to land and water.   She is putting her own life on the line to demonstrate just how ticked off she really is.  I have long held at least some reservations about hunger strikes. My own philosophy has been one of… “s/he who fights and runs away, lives to fight another day”.   Fighting prolonged stand up pitched battles with vicious authorities can sometimes be equal to flirting with disaster.  And while we normally don’t think of a hunger strike in these terms, that’s exactly what they are.  Especially where young people are concerned.  Like Suzanne Jackson.

Suzanne was only 22 years old when we were both arrested while trying to protect an ancient Douglas fir forest in the Elaho Valley in May of 2000.   Suzanne and I both refused to sign the undertaking.  As a result we were sent to the women’s prison in Burnaby (the prison has since moved to Maple Ridge) to await our trial.   A week or so into our incarceration Suzanne decided to go on a hunger strike.  I wasn’t enthusiastic.  Susanne was of a slender build to start with.  She was healthy, but she was well, slender.  And she didn’t plan to even take juice.  And she didn’t.  Only water.  By the end of the first week and a half of her hunger strike I was getting uneasy.   Suzanne’s demands to speak to the premier went unheeded.  My mother mode began to kick in.  I started trying to gently persuade Suzanne that she may be irrevocably harming her health.  My gentle persuasions fell on deaf ears.

But Suzanne’s hunger strike began to attract the much needed media attention for our cause.  However, as the days passed I was becoming seriously worried about Suzanne’s health regardless of the attention.  No amount of attention around the destruction of the ancient forests of the Elaho was worth having to watch an intelligent, vibrant, beautiful young woman die before my eyes (she and I were cell mates).

But it was Suzanne herself who rebuked my solicitations about her health in no uncertain terms: Betty,” she said when she was well into the second week of her strike, “I did expect that some of my friends and relatives would try to talk me out of this, but I never expected it from you.  I thought you, at least, would understand without question why I do this”.

I backed off and accepted Suzanne’s chastisement.  But it was terribly hard.  As the end of her second week of striking approached Suzanne was visibly becoming weak and drowsy.  Prison staff started trying to tempt her to break her strike by leaving big slices of cake, or cookies and milk by the side of her bunk.  Suzanne let the food sit.  A few more days went by and dark circles began to appear underneath Suzanne’s eyes.   The nurse came.  And then, out of the blue, we were both summoned to court.  It seemed that the injunction under which we were arrested had been struck down.  Suzanne was immediately released as it was her first offense.  I was not released, but I was enormously relieved that Suzanne was.  I had truly become afraid that she might die in prison.  I knew other prisoners had died in the prison, from various causes.  And I also knew something had to give with the government.  The pressure was on the courts to release Suzanne. She was hospitalized shortly after her release but recovered nicely.  Suzanne is now well and lives in Scotland.

It’s different with Chief Spence.  Theresa Spence is a chief, an elder, a leader of her people; she is in the full wisdom of her maturity.   And she’s not in prison.    In her teepee camped on Parliament Hill Chief Spence has direct access to the media.  And I applaud what she is doing.  It seems the entire Indian Nation, with only a few aberrant exceptions are holding Chief Spence aloft on wings of love.  And the feelings of love and respect for Chief Spence not only come from First Nations people, the same emotions are sweeping over many non- First Nations people as well, in Canada and abroad.  Chief Spence is a huge ace in the hole for us all.  And the other ace in the hole? 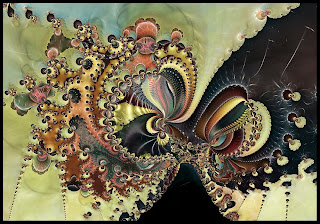 I’ll tell you after the New Year’s holidays are over.  Tomorrow I will attend the Comox ”Idle No More”  (Dec.29) and one of my daughters will help me carry the banner that was presented to me by some of the First Nations women who were in my unit in Alouette Prison for Women when I was last released.
I treasure this banner.  It was made by hand in prison, made by the women themselves. The emblem is of two giant eagle heads, one red, and one white.  The eagles are facing each other under a full moon.  “It symbolizes unity,” the women told me.  “Of the Indian and white races”.
Happy New Year!
Posted by Betty Krawczyk at 11:05 PM