TWO ECONOMISTS I LOVE
The first economist who makes my heart sit up and applaud is the president of Iceland, Olafur Ragnar Grimsson.  Mr. Grimsson was also at Davos (World Economic Forum) along with all the main stream heavy economic hitters who are imposing stringent austerity programs on their people.  But Mr. Grimsson’s economic theory is radically different from the others and is very simple. This theory is mainly composed of four words…”Let the banks fail.”
In an interview shown on Al Jazeera (Jan. 25, 2013) Mr. Grimsson explained that four years ago Iceland decided to let their own banks fail.  They also took charge of their currency at that time, instituted programs to help those in need, and did not introduce harmful austerity programs.  Since then Iceland has prospered.  Mr. Grimsson believes that countries should not consider banks the “churches” of modern economies, they are, after all, private corporations, and citizens should not have to pay for the bank’s profits in good times, and failures in bad.  He is truly a man after my own heart.
The second candidate for the “Economist of my Affections” title is Jeremy Rifkin.   Rifkin is worried after peering into the future of work.  In his book “The End of Work,”1995, Rifkin talks at length about the ever expanding computerization and robotization of the work force.  And loss of jobs.  We all know this is happening. We see it, we hear it, it is either happening to us, or someone we know, it is all around us.  And of course this trend has accelerated in the years since Rifkin wrote “End of Work”.
And yet, despite all of the obvious evidence that traditional work is disappearing under our very eyes  as companies downsize, restructure and become leaner and meaner, our politicians and main stream economists don’t talk about the results of this.  Or why increased automation is contributing so heavily to the loss of jobs.
Politicians, both domestic and global, and right wing think tanks, don’t like to mention that the automation of the work process is largely at fault.  These people don’t want to talk about how because companies are becoming more automated, they don’t need and don’t want human workers hanging around.  Owners and investors don’t have to pay machines, once installed, and they can work 24-7.
Rifkin suggests that we disregard politicians who make vague promises about the economy and job growth improving.   Instead, he wants us to look at the situation for what it actually is…that we are rapidly approaching a nearly workless society where machines will do just about everything people are doing now (with exceptions, of course).  How are we to think about such a world where most people will not be gainfully employed?  How would people live? What would governments do?
Again, Rifkin suggests that governments would have two choices, at least in a transition period.  Either give everybody enough money to live on and continue to be consumers, at least in a limited fashion, or face a revolution.  The reason I like Rifkin is that he lays it out before us and forces us to look at these coming events and think about them seriously. None of our politicians or mains stream economists are doing this so we have no political leadership to guide us.  We’re on our own in entering an era so new that it is truly a leap into the unknown. There will be no point in smashing machines.  There are too many machines, some are too small to find, and others are programmed to replicate themselves.  We haven’t the option of becoming luddites.  There is no going back.
I believe that Rifkin is right, we will soon be living in a world where machines do all of the manual labour and a big part of intellectual labour (I do not think computers will ever be able to think as humans do, but they can think as humans program them).  When I get to this point in my thinking the dreams take hold.   Just think, I ask you, if most humans are freed of wage labour, both blue collar and white collar, what would they find to do?  What would there be time to do? 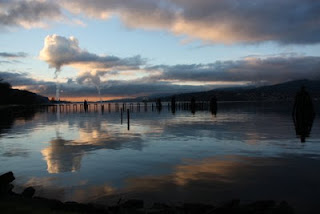 Well, let’s consider. Without wage labour there would be time to work at art, music, dance, sports and theater. Time to do the work of exploration of the natural world when everyone who wished would have the time to observe birds, flowers and plants, insects and wild animals. We would have time to plant vegetables, explore new cooking techniques with solar and wind power. And there would be time for history; everybody would have the time to explore the world in historical context.  We would have time to do the work of teaching children, in small groups, not factory like settings, and time to listen to the stories of old from elders.  We would have time to develop real communities, the kind we haven’t experienced since the close of the commons in Europe and the rise of the Industrial Revolution, these events that have so fractured and separated us from one another.  Yes, we would have time.  Time to claim as our own, time for friendship and for love.
So is work mechanization a curse or a blessing in disguise? I think in the interim it will be treated as a curse, especially if governments do not understand the necessity of keeping people fed, housed, clothed and schooled until the transition is complete.  Along the way, and arising soon, I believe leaders will emerge who can see and convince others to act in ways to bring the blessings.  I think this will happen.  Leaders emerge when the evolutionary spirit demands they step forward.   Jeremy Rifkin and Icelandic President Grimsson are pointing the way.
Posted by Betty Krawczyk at 12:23 PM