CHARTER CITIES AND PRIVATE BANKS
Listening to Radio CBC Friday morning (The Current Feb.22) I saw in my mind’s eye, clear as day, the future that the world’s private banks have in store for us.  This future is the logical outcome of the global private banking system that is devastating countries around the world.   This future, designed and promoted by rich investors and military dictatorships, has as a main component a model called the “The Charter City”.

Yes, gated communities in existing cities worldwide are no longer good enough for the rich.  As mass populations become poorer and the rich become more fearful of the poor, simply having the rich sections of cities privately gated and guarded is not good enough anymore for multi-millionaires and billionaires.  As people’s income deteriorates along with public services the rich everywhere are increasingly refusing to support cities that are staggering under the lack of adequate services and infrastructure repairs.  Rather than pay their share of taxes to keep existing cities viable the rich and super rich think they have a better solution.  Why not just build entire gleaming white cities exclusively for themselves?  And build them in the most desirable sections of impoverished countries? The first one, in one of the most beautiful areas in Honduras?
Honduras is into it. One of the poorest countries in the region with one of the most brutal military dictatorships.  A Public, Private Partnership the Honduran government is calling their future Charter Cities.
Ah, yes.  Public Private Partnerships.    We know them well under the governments of Gordon Campbell and Christy Clark in BC.  Public private partnerships are simply schemes for the wealthy private investors (them) to suck out as much money as possible from the public purse (us) with no risk to them.  And then investors eventually own the highways, the bridges, the hospitals, the schools, the bus and ferry systems etc. when they are up and running and can now be operated strictly for profit.

Charter Cities built in Honduras means the desperately poor Honduran people will pay for the private enjoyment and safety of the rich in the most desirable parts of the country. The military government has just signed a deal with private investors to build three private cities that will have their own private  governments, rules and laws, and will be run by a variety of foreign-owned corporations.  The indigenous people who have lived in the areas for centuries will be moved or possibly allowed to stay as servants for the city.
We heard from Paul Romer on the program (The Current) explaining Charter Cites as being the answer to, would you believe…poverty?  Romer is the American economist who conjured up Charter Cities.   We also heard from Octavio Sanchez who is the chief of staff for the Honduran military government.  He is gung ho for Charter Cities. He sees nothing wrong in carving out a big slice of beautiful Honduran coastline for the first large exclusive city for the rich in a poverty stricken country.  And Carlo Dade, Senior Fellow at the School of International Development and Global Studies at the University of Ottawa, thinks Canada should be buying in to this concept.

I don’t know what to think of these men.  They have absolutely no compunction about dreaming up schemes to protect the rich from the rest of us and have the rest of us pay for it.  But there was one other speaker on the program that saw through these designs of the rich and super rich.  His name is Keane Bhatt and he is with the North American Congress on Latin America.
Bhatt gave wonderful rebuttals to the huge malevolent repercussions that would result from building wealthy private Charter Cities, especially in poverty stricken countries who live under corrupt military rule.  And I think this is a good time to mention that I am increasingly noticing that CBC’s “invisible hand” seems to be tilting to the Canadian right wing.  For instance, on the subject of Charter Cities on this same CBC program, the three men who praised Charter Cities as a way to reduce poverty (oh, sure) but only one man who tried to bring out all of the inconsistencies and cruelties of this model. 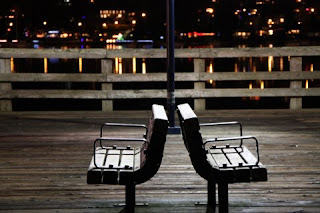 When I researched the program run down on the CBC site later, the three speaking for Charter cities were given their titles plus a brief description of their opinions, while Bhratt was given one line, simply his work description, but with no description of his opposition to Charter Cities. However, Julian Fantino’s office, Canadian Minister for International Cooperation sent in a letter saying “We will follow with interest how this initiative develops”.
I’ll bet they will.  It’s just the kind of thing that the Conservatives in my opinion, with their indifference to young Canadians, the poor, the old, women, children, First Nations, and the ill would gravitate to.   If there was such a Charter City in Canada now, our Prime Minister would abide there; I am sure, at every opportunity.  How he must long for a clean, rich, pristine city far removed from the great body of regular people, where he could await the Rapture in purity. But I digress.  Where are the private banks in this?
In Canada, where they have been since 1974.  That was the year the private banks convinced the Trudeau Liberal government that they shouldn’t have to trouble themselves any longer borrowing from the Bank of Canada (our bank) at no interest.  Borrow from us (the private banks) they said.  Easier to do business that way.
I wonder what was wrong with Pierre Trudeau at the time.  Did he not understand this would mean that Canadians would have to pay the private banks back with compound interest and cause the National Debt which was negligible at the time, to sky rocket?  Was Pierre Elliot Trudeau also taking stupid pills, as the young man asked of our current politicians on the OH CANADA MOVIE?  Trudeau was supposed to be an intellectual.  But consider his actions in making debt slaves of us all by delivering us into the hands of the private banks with their unrelenting compound interest, to what William Lyon Mackenzie King, our tenth Prime Minister had to say on the matter;
“Once a nation parts with the control of its currency and credit, it matters not who makes that nation’s laws.  Usury, once in control, will wreck any nation.  Until the control of the issue of currency and credit is restored to government and recognized as its most conspicuous and sacred responsibility, all talk of the sovereignty of Parliament and of democracy is idle and futile.”
1974 was the date Pierre Elliot Trudeau launched the compound interest wrecking ball down our Canadian lanes.  It is now 2013.   39 years.  That’s all, just 39 years of private bank’s compound interest and the wrecking is obvious, all over Canada.  More details on this next time.
Posted by Betty Krawczyk at 4:02 PM