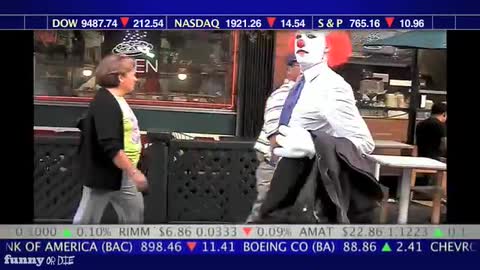 Is Canada next in line to enter That Bizzaro World?

CLICK HERE FOR MY LATEST INSTALLMENT ON THE BANKING SYSTEM.

Wondering why the stock market has gone through the roof this past week? Here on the west coast of BC all we have to do is look across the ocean to Japan. Japan has just announced they will join The European Central Bank, The Swiss National Bank, along with the central banks in Denmark and Sweden in slashing bank interest rates into negative interest territory. An article in the Financial Post entitled (Canada is flirting with a bizzaro world of negative interest rates) John Shmuel warns us that Canada could be next in line to embrace this banking anomaly.  He writes: “Bank of Canada Governor Stephen Poloz discussed negative rates at a luncheon in Toronto last month, putting it on the radar here.”

Shmuel also cites Moshe A. Milevsky (Professor at the Schulich School of Business at York University). “What you might see happening is a negative interest rate masquerading as higher fees” Milevsky said.  “No bank in their right mind would tell a consumer, give us your hundred dollars and we’ll give you 95.  That will never happen”.  But whose idea was this, anyway, this negative interest rate business?

It seems to have come from European bankers, having indulged in many Quantitative Easings (QE’s) to no avail in quick-starting the entire Western economy (how could it, when printing presses run overtime to pour money into banks and the banks just sit on the money).  Something more needs to be done to get the larger banks to make more loans to businesses and customers.  So, the central banks will charge the other banks money for the privilege of parking their money instead of loaning it out.  In turn the regular banks that we know in our communities will pass on the fees to us, the consumers.  Instead of a miniscule amount of interest money being paid by the banks to people with banking accounts, we will be forced to pay the banks for keeping our deposits at all.  And that’s the big goal.  Then people will start spending their money instead of paying to have it stored in a bank and voila, the economy will bloom.  But will it?  More next time.
Posted by Betty Krawczyk at 7:45 PM