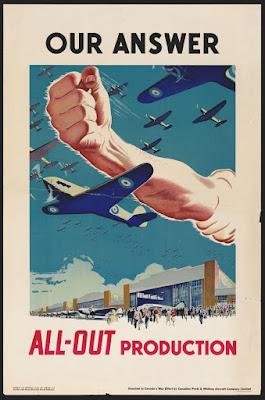 Deep Ecology is the absolute opposite of the Deep State.  Deep Ecology simply says the earth is our mother and we must care for her or die. Most First Nations still adhere to this notion, however imperfectly. It’s a wonder they remember it at all, considering how white immigrants and refugees from other wars along with governments tried their best to wipe First Nations out completely. The Deep State has taken this “might makes right” notion to a fine art.  A few people at the top of the exploitation heap believe they must rule the earth, as they are superior people (they must be, look how rich they are).  They feel they have the privilege to reap almost all of the rewards of our fiat money system and they base this privilege on continuous wars and the impoverishment and deaths of ordinary people.

Who are these people of the Deep State?  Heads of the international banks that are getting obscenely richer as they syphon off worker’s decreasing wages while imposing crippling austerity measures on ordinary people.  US presidents and US government officials…the Bushes, the Clintons, Reagan, the high flyer architects  of regime change in oil producing countries like Dick Cheney, Donald Rumsfeld and Henry Kissinger who act as a kind of superior CIA over the CIA we are allowed to see.  Other Deep State people?  Wall Street hedge fund operators, real estate tycoons, The Saudi princes, Zionist lobbyists, UN officials who think they are the government of the world,  heads of wealthy corporations, mostly connected with electronics, robots, and most of all, companies who make all those wonderful planes and cluster bombs. These are some, not all, of the Deep State who are increasingly controlling the world view. But the Deep State was born of the love of, and the need of, war.  The blood of war keeps the Deep State healthy.

Donald Trump is obviously not a believer in Deep Ecology. Or any environmental ecology for that matter.  However, he is obviously also not a member of the Deep State.  He believes in working with Russia.  And the Deep State will punish him for this. The Deep State wants war with Russia which Hillary was happy to promise them.  Some of the US protestors, egged on and orchestrated by the Deep State, are now calling for Trump’s assassination.   This will lead to unimaginable chaos in the US, as Trump’s supporters would revolt.  But the Deep State is not afraid of this.  They already have the many new privatized jails and prisons built especially in anticipation of such an event. Their tanks and weapons of war will be ready for anybody who protests the military takeover of the good ole USA. Of course the Deep State “adorables”* will remain free from the fray in their fancy underground bunkers built with the best the people’s money can buy.   The police haven’t been militarized for nothing.  Yes, the Deep State is ready. Where is Deep Ecology?  Has she vanished altogether?

*A term Hillary Clinton called some of her supporters, in opposition to calling Trump’s supporters “deporables”
Posted by Betty Krawczyk at 10:01 PM