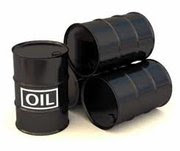 Does it strike anybody else as strange that while Harper and Obama are talking democracy and human rights about the mid-East revolutions but completely omit another very important component of the people’s anger? What component? Oil. Of course. But Harper and Obama avoid the subject. Why? Because many of the people in the mid-East countries are saying the oil in their countries belongs to them, to the people. And that it should be nationalized and every citizen given a fair share of the revenues. The revolutionaries are telling us that the foreign private corporations are sucking the oil of their countries dry, making the dictators and foreign corporations ever richer while they get the pollution and enormously high energy prices along with increasing poverty.They want to nationalize their oil. Is this kind of thinking inherently treasonous? Constitutes everything blasphemous against the holy alter of capitalism? Well, yes. Sort of. It more or less says that our kind of capitalism is injurious to humans and to the earth.

But simply nationalizing a country’s oil doesn’t necessarily bring an equal distribution of the revenues or lower energy prices for the people. Or any distribution for that matter. Consider Mexico. Their oil is nationalized. Their middle class is small and weak, fearful of change, and their poor is vast and hungry for everything that makes life worth living, food, shelter, health care, opportunity. Mexico’s rich is very rich and getting richer all the time. Especially with the Narcos pouring billions into the banks and other financial institutions for laundering. Mexico’s government is corrupt. So are the police. And increasingly the military. So nationalization of a country’s valuable natural resource does not in itself constitute a fair deal for citizens? No..

Then what does? In my opinion, certainly nationalization is a first step. Without it the oil Moloch’s demand for human sacrifices escalates (in ancient times the king Moloch was associated with child sacrifice). They think they have every right to skim the oil off the top of the sands of our country, ship it south and leave Canada with a enormous ecological nightmare and increasingly exorbitant prices for our own oil. And we pay. We will pay more in the future. But we shouldn’t have to. Our governments have allowed Canada to become a captive of international corporations and a country that doesn’t control its own natural resources will end a pauper. And that’s where we’re headed until we, as a people, start to claim the resources of this country as ours, as belonging to us. For twenty years I’ve watched the great, old growth public forests of British Columbia vanish into near nothingness along with the forest worker job description. The corporations promised they wouldn’t clear-cut and run, but they did. And we are left with trashed and chemically poisoned mountainsides and valleys. We need to nationalize all of our natural resources and that includes water, oil, and what’s left of Canada’s forests. The revolutionaries are telling us something enormously valuable about our future. And we should listen.
Posted by Betty Krawczyk at 2:41 PM