Our legal leader hides behind the law while we burn 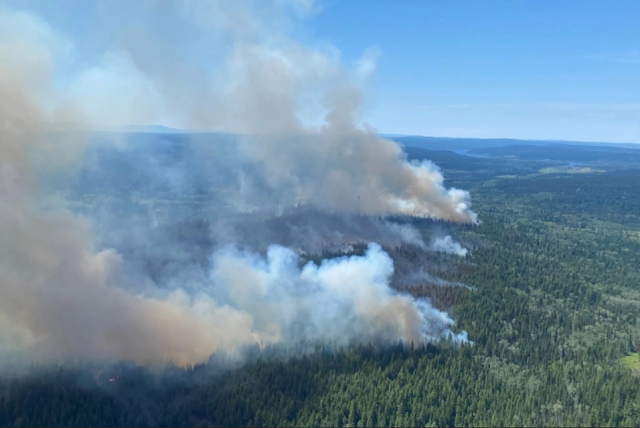 I first brushed shoulders with David Eby a dozen or so years ago before he was appointed our BC Attorney General, sometime in 2013.  ‘Brushing shoulders’ is definitely just a figure of speech as Mr. Eby is very tall.  I am not tall and at the time was being dragged in and out of courtrooms over multiple charges of contempt of court. Mr. Eby was there on other matters.  However, in a pause of court shuffling in the outside corridors of the law court we did exchange a few words about the provincial use of injunctions to arrest environmental protesters.

As a lawyer, David Eby seemed rather sympathetic to my complaints about how the use of injunctions in environmental matters might be excessively used by the courts. He was young, fresh faced and personable. I wasn’t surprised to lean a few years later that he’d been appointed to be BC Attorney General. However, I don’t know what to think of him now.

But first, what is an Attorney General (AG)? According to the BC Government website, “The Attorney General (AG) is responsible for ensuring that public administration is conducted according to the law and as such, he or she is the chief advisor of law to the government, in addition to overseeing the court system and Sheriff Service”. Basically, the AG is there to advise the BC government on matters of law.  AGs are supposed to be the experts on the interpretation of provincial law. And so their word is the last word on the matter provincially.

This means that the Office of the Attorney General is very much implicated in the how the court system operates, and how the law is interpreted.  And yet the BC Government website also tells us, in numerous places, that the AG is also in charge of protection and promotion of human rights.

I think there is a contradiction here. When the method of using the courts is inappropriate and unjust from a human rights perspective to deprive environmental protesters of access to the law that is afforded to all other classes of criminals, then something is rotten, not in Denmark, but in BC.  And that something has much to do with the forest fires now sweeping BC.

First Nations people have known for a long time how to burn the brush in the woods to prevent wildfires from taking hold and burning great swaths of the forests in the fire season. Logging companies didn’t, and still don’t, like controlled bush burning. Why? Because they have no respect for the ancient knowledge of First Nations people, and secondly, it would require thoughtfulness and the logging corporations don’t care – its not in their interest of short-term maximizing profits at the expense of future generations. But the way our system works it is not their business to care. Their business is... well, business. Not only are the forests completely demolished by this use, but the soil that holds forests together is degraded, turning many mountain sides into mud slides in the rainy season, no longer able to hold little trees or even brush.

When a BC judge issues an injunction to stop an environmental blockade, he or she is doing one sure thing.  Arrest under the injunction makes known that the court is announcing that they are transferring the public property in question, belonging to the citizens of BC and First Nations, to that of the domain of private property of a logging company.

Where is our Attorney General in all of this? Where is David Eby?  He knew way back that arrest by injunction was not the best way to practice law in environmental disputes.  He said to me that afternoon leading into the courtroom that there were problems with the injunctions in relation to environment disputes. In retrospect I don’t think he meant what he was saying then.  Or he has changed his mind since.  I mostly think he was just trying to sooth an agitated little old lady who seemed from her actions to probably be off her rocker.

But he knew – and he knows now.  That it is wrong to transfer public property into private property without the consent of the legal owners of the public property.  How is that not illegal? Made even more nefarious because of the deliberate turning away from the duty to protect the legal rights to protest without the interference of the court to intrude on these rights by going outside the law.

David Eby is turning aside from his duty to protect human and legal rights, which has led and will continue to lead to more clear cutting, more forest fires, more loss of human and animal life.  Where are you now? Are you going to hide behind the law as the rest of us left here to witness the burning? Or are you going to act as a true leader? The choice is yours.