At issue in the Cohen Commission, currently taking place in Vancouver is whether fish farms have diseases that can spread to wild salmon, which in turn may have caused the salmon crash of 2009.  Speculation is swirling around the testimony of Dr. Kristi Miller, a federal fish biologist working out of the Pacific Biological Station on Vancouver Island, and what she knows about fish diseases.
But the Harper government has silenced Dr. Miller.  Which is odd, as it was the Harper government who ordered the Cohen Commission in the first place after the crash of the salmon population in 2009.  Surely somebody around Harper must have advised him that fish farms were likely to come under discussion beforehand.  Then there was the enormous run of Sockeye in 2010 (the largest run in one hundred years) that would seem to counterbalance somewhat the claim of real or threatened destruction of the Sockeye by disease.
I can’t see Harper panicking enough over the discussion of fish farms and fish diseases to risk criticism of being called a dictator (which of course he is) by silencing Dr. Miller.  There has to be other reasons.  But Harper can certainly silence Dr. Miller as the responsibility for fish farms was transferred from provincial jurisdiction to complete federal control by way of a recent law suit pressed by Alexandria Morton.  Dr. Miller, in any event, is a federal employee. This leaves us in a bit of a fishy soup.
For starters Dr. Kristi Miller is not just a fish biologist.  She heads a department at the Biological Station.  Her title: Dr. Kristi Miller, Head, Molecular Genetics.  And the title of her division is: Ecological Genomics.  What is Genomics?  According to the Merriam-Webster dictionary:
“a branch of biotechnology concerned with applying the techniques of genetic and molecular biology to the genetic mapping and DNA sequencing of sets of genes or the complete genomes of selected organism, with organizing the results in databases, and with applications of the data (as in medicine or biology)

A little thick, you say? I agree.  But let’s look at the operable words here.  They are, GENETIC MAPPING, DNA SEQUENCING OF GENES, WITH ORGANIZING DATABASES, and WITH APPLICATIONS OF THE DATA.  From what I know of scientific jargon, I believe this means that Dr. Miller and her staff are looking at fish genes with the object of changing or modifying them in some way. In fact, I think BC is hosting some of the prime architects of genetically modified fish that is causing such great consternation in other parts of the world. Now why would I think such a terrible thing was happening right here in BC? 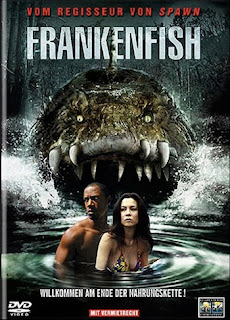 Because the salmon that are called FrankenFish by the U.S. media have had their genetic structures altered by the DNA Sequencing of Genes, Dr. Kristi Miller’s specialty. These fish are drastically altered by the process of inserting added genes into the salmon eggs.  The fish then grow huge.  And they carry added material in their flesh…hormones and pathogens.  They are being designed for fish farms. I believe these genetically modified fish are already being farmed here in BC on at least two different farms.

Added to the horror of the creation of these FrankenFish, other fish that have simply been sex changed and sterilized are now populating our BC lakes and coastal waters.  I believe this is really the information causing Harper to panic.   Dr. Miller might accidentally, or under questioning, start talking about how her main work,  I’m beginning to suspect, is that of creating, or helping to create, FrankenFish.  And a rising fear that, (as intimated by Dr. Edward Donaldson) the public might turn ugly upon receipt of this knowledge.
Posted by Betty Krawczyk at 8:09 PM