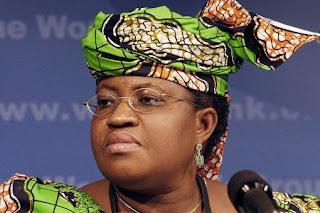 To Females of all Ages, Sizes, Races and Sexual Orientation Everywhere!  Women’s Party Meeting Notice! Sept. 14th at 7pm in Vancouver! Please email Gail at: gcotter@shaw.ca  for address of meeting place and to advise of your plans to attend.

Men, it isn’t that we don’t love you, but we want a women’s only space to organize and solidify our thoughts around what we envision for a women’s party.  We believe the old male dominated thinking of organizing around hierarchies and “winner take all” is killing our planet.  And us along with it, including our children.  We believe that women are capable of halting this mad race to the cliff, but in order to do this, we must first come together and agree on how to push many of the male imposed structures of society off the cliff first.

We must confront a banking system that is privately held, corrupt, and leading us all to the poor house.  We need to confront Prime Minister Harper who believes that military acquisitions are a priority instead of the health and education of children, (or for that matter, even the repair of bridges and tunnels in Quebec.) We must devise means to confront a Prime Minister who believes that corporate enrichment is the god to be worshiped (while he is personally waiting for the Rapture) and the environment be dammed (oil sands and Asbestos.) We must also confront religious structures, Christianity, Judaism and Islam, as well as all patriarchal religions that deem women to be inferior because their gods say so. And they all do. More prisons?  Prisons only work for corporations.  And corrupt governments. We believe that if we take care of our people there will be no, or few, prisons.

As a Women’s Party we will want to look closely at how our court systems work.  We want to study and refute how the Supreme Court of Canada supports environmental degradation by upholding the bogus claims of logging and mining industries over the rights of citizens, including First Nations, to lead healthy lives.  And we most certainly will be looking at and considering action against the right of private corporations to hold patents on the essence of life itself; the private patents on plants, fish, and other animals, described as Genetically Modified Organisms (GMO’s.) We believe that as long as women are absent in the most important decision making bodies in the world we will have war, disease, both physical and mental, along with premature death accompanied by environmental destruction.
Sisters, if any of the above interests you, and you would like to be involved, please notify Gail through the email (gcotter@shaw.ca) to indicate that you wish to join us on Sept. 14th in Vancouver and receive the street address.   One caveat…f you   are a news reporter, please don’t attend as a reporter.  Come as a woman who understands the perils we are all facing and the need to confront old ways, old means, old beliefs, and to help devise new ways and means of living lives of equality, of health, nourishment, and peace for all.  Mark your calendars.  Action is the mother of hope.   See you there.  Betty Krawczyk
Posted by Betty Krawczyk at 12:03 PM